Trump Stays Silent On Health Law In Speech, Then Sets Tone For Repeal

Repealing and replacing the Affordable Care Act has been considered the new Trump administration's top priority. But you wouldn't know that from the new president's earliest speech.

President Donald Trump's brief inaugural address mentioned many of the issues he raised repeatedly on the campaign trail -- jobs, immigration and trade policy. But there was not even a brief mention of his plans to improve health care.

The new White House website was similarly silent on anything health related. Under the "issues" section it includes energy, foreign policy, jobs, the military, law enforcement and trade. But no health section.

The website for the Department of Health and Human Services, however, while scrubbed of any outgoing Obama administration personnel, still features ways to sign up for coverage under the Affordable Care Act. Open enrollment continues until the end of the month.

Trump did act on health care during a first-day round of executive orders. One of the orders he signed said it was intended to "minimize the economic burden" of the health law.

Among other things, it directed the secretary of HHS and other agencies that oversee the law (primarily the labor and treasury departments), to "exercise all authority and discretion available to them to waive, defer, grant exemptions from, or delay the implementation of any provision or requirement of the Act that would impose a fiscal burden on any State or a cost, fee, tax, penalty, or regulatory burden on individuals, families, healthcare providers, health insurers, patients, recipients of healthcare services, purchasers of health insurance, or makers of medical devices, products, or medications."

But while the executive order allows the new president to say he did something on the first day, there are no confirmed secretaries or political appointees in place at any of the relevant agencies yet, so it is unlikely anything will happen in the very short term.

Trump voters in Washington for the inauguration didn't seem fazed, however.

"I think there is a specific plan, he just hasn't revealed it yet," said Kathy Bohn of Bloomington, Ill.

As recently as last week, Trump told The Washington Post that he was putting finishing touches on a health plan that would guarantee "insurance for everybody."

Those comments, however, were quickly walked back by staff. Meanwhile, progress on the nomination of Trump's choice to lead HHS, Rep. Tom Price, R-Ga., has been slowed by allegations of conflicts of interest involving his ownership of stocks in health companies while he served on congressional committees overseeing health issues.

Congress has already taken the first step toward overhauling the Affordable Care Act. Both the House and Senate passed a budget resolution that orders committees to begin writing bills that would eliminate portions of the law that directly affect the budget.

But even while that bill (which has yet to be written) could pass the Senate with a 51-vote majority, Republicans have only 52 seats in the Senate and more than a half dozen senators have expressed reservations about repealing the law without an immediate replacement.

This article has been updated. 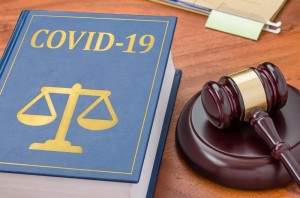 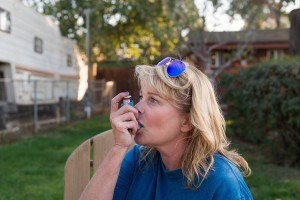