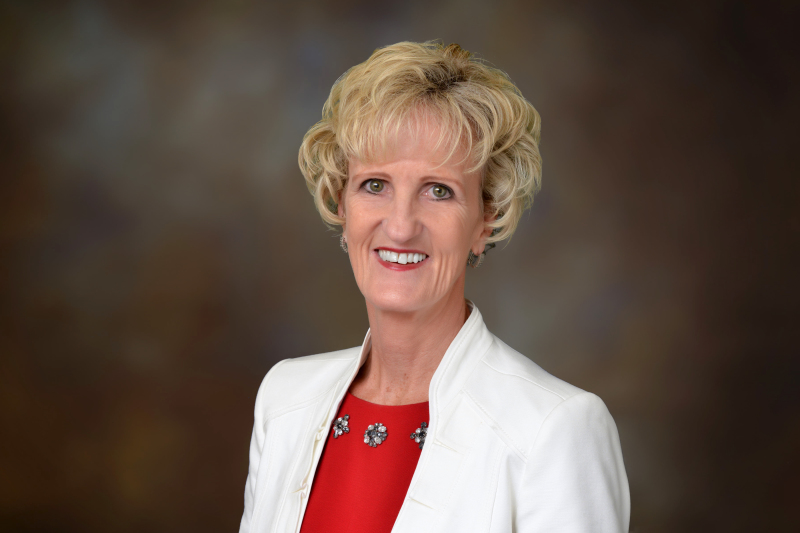 As a nurse-turned-hospital executive, Karen Frenier begins most weekday mornings at 4:30 a.m. on runs with girlfriends. Described as passionate with an excellent work ethic from the get-go, she graduated from nursing school in 1979 and joined Orlando Health the following year. After working as a staff nurse on a post-op floor for two or three years, hospital administrators approached her about a managerial role "because if we had good communication skills and good relationships with physicians, we were tapped on the shoulder" with leadership opportunities, she recalled.

"The good thing with leadership way back then is you could do both (nurse and manager roles)," explained Fernier, a senior vice president with Orlando Health and president of South Seminole Hospital in Longwood. "If you had a deficit in staffing, you ran out and helped. You did your paperwork later. That was a beautiful role."

Frenier's pursuit of a nursing career was practically a non-decision. A twin daughter of a nurse, she became a caregiver early on, when she babysat her seven-years-younger brother while her mother worked. "I was always a kind of head of the household from the kid perspective," she recalled, with a laugh. A summer job as a teen burger chef in 1978, when she "gained weight because of the milkshakes," reinforced the importance of her educational choice.

While earning a BSN degree from Florida Southern University (1995) and an MBA from the University of Phoenix (2000), Frenier worked as nurse manager of neurology, orthopedics and progressive care units (1986-2003). In 2003, she was tapped as patient care administrator of Lucerne Hospital until 2006, when she was named hospital executive director.

"Early in my career, my boss asked me to move from Orlando Regional Medical Center to Lucerne, which I didn't recognize at the time as helping my career," Frenier noted. "But it was the best move I could've made. You always have to trust your leaders and mentors."

In 2009, she was elevated to COO of Orlando Regional Medical Center. During the second half of the aught decade, she chaired Orlando Health's American Lung Association Asthma Walk. She was then tasked to chair the health system's American Heart Association Heart Walk campaign for two years.

In 2012, Frenier was appointed president of South Seminole Hospital in Longwood, and in 2013 was also named president of Dr. P. Phillips Hospital. She's become deeply involved in educational partnerships by serving on the Seminole State College Foundation board and boosting collaborations with Seminole County Public Schools. Through Seminole County Medical Society, she's a participant in Leadership Seminole's 2017 class focusing on "Hope Helps."

Frenier touched on a few challenges - the differences in workforce training methods of millennials versus baby boomers; and educating the community about the changes in healthcare delivery, such as avoiding inpatient admission when warranted. She then quickly emphasized that regardless of changes, challenges in the healthcare industry, with or without repealing and replacing Obamacare, success in healthcare will always return to a simple, three-fold philosophy: "If we focus on the best quality of healthcare, the highest patient experience, and reduce medical expenses to the lowest cost - and do all three well - we'll be positioned for long-term success for the community."

Frenier, who admitted she "never, never, never" envisioned a journey along an executive path, attributed her 37-year stay at Orlando Health as "a great cultural fit."

"I grew up in the clinical world, so I was trained to think strategically," she explained. "And if I don't know the answer to a question, I'll find the answer."

Frenier's cohorts have a straightforward explanation for her leadership success: she's never in a bad mood.

"I'm very optimistic," Frenier admitted. "I can see a bright spot in almost everything. If you can see the bright light even during bumpy times, your team gets excited by that."