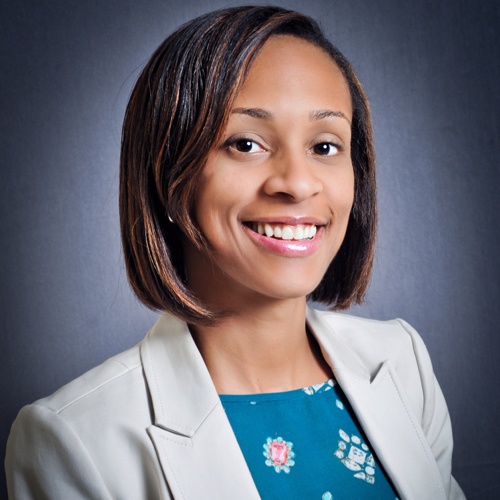 Tamika Grubbs is passionate about solving the often daunting maze of coordinating medical care for people afflicted with cystic fibrosis and other breathing conditions. She has channeled that passion into founding Cystic Fibrosis Continuity of Care, a unique consulting and advocacy firm that aims to facilitate better connections of patients' care by hospitals, pharmacies, home health organizations, specialist physicians and other healthcare services.

"If you can't breathe (easily), you can't do anything else, and I believe we can do better connecting care for patients with breathing disorders," explained Grubbs, pointing out that CF also affects the digestive system and increases risks for infections, diabetes, osteoporosis and liver failure. Also, social isolation takes an emotional toll on CF families. "My goal is to (help healthcare organizations) create clinical, operational and advocacy efficiencies to increase their revenues. The larger goal is to decrease unnecessary hospital admissions by coordinating prescribed care."

"Most of my nursing school classmates wanted to be ER or flight nurses, and I was the odd man out" focusing on CF, she recalled. "After getting out of the military, I considered becoming a social worker or dietitian because I very much wanted to be part of the core team that cares for the CF patient."

Another appeal of CF, Grubbs pointed out, stems from the disease being among the most studied populations. Since the time her awareness of the disease began, the average life span of the CF patient has doubled, thanks to new drug therapies. Grubbs wants CF families to know about the latest groundbreaking ways the lung disease is being studied that could improve their quality of life.

"Most patients have been a part of research since childhood as they aggressively search for a cure," she said. "The military and nursing are very similar service positions I used to coordinate training for soldiers and now I coordinate care for patients. Either way, the most important thing in both fields is taking care of people the way that you would want to be taken care of."

After graduating from college via an ROTC scholarship, Grubbs was commissioned into the U.S. Army as an officer. In her role as a U.S. Army captain, Grubbs served as a logistics and human resources officer, coordinating new soldier training while also improving operational efficiencies.

"The Army officer leadership training I received really helped sharpen me as a leader early on," said Grubbs. "Leadership, integrity, service and teamwork are among just a few of the priceless experiences that I'm so grateful for."

For three years, Grubbs worked as a dedicated research assistant at the National Institute on Aging (NIA)/National Institutes of Health (NIH). At Central Florida Pulmonary Group, PA, she served as the CF nurse coordinator, and at Kroger Specialty Pharmacy (formerly TLC Rx Pharmacy), she was manager and regional clinical specialist of the CF clinical program. Her cumulative experience has impacted some 2,000 of the nation's estimated 30,000 CF families.

"I'm so driven because there must be a better way of solving patients' problems with coordination of care," she said. "People with a chronic illness like this should never feel they've been abandoned by the healthcare system."

In 2015, Grubbs joined Veteran Women Igniting the Spirit of Entrepreneurship (V-WISE), a premier training program in entrepreneurship and small business management that helps female veterans and military spouses turn an idea or startup into a viable business venture. Conferences focus on business practices, finances, technology and other resources for new companies.

"I was inspired by the training I received from the North American CF conference, CF Foundation coordinator nurse mentor program, a quality improvement project with the foundation, and the Dartmouth Institute for Health Policy," she said. "I began to formulate the idea around a business of taking care of CF patients, working for months with a consultant on my business plan. Once it was complete, I saw the opportunity to compete for investor insight."

Grubbs was selected from more than 100 competitors as one of 16 finalists to pitch her idea to investors at Rice University.

Even though Grubbs wasn't selected as one of five competitors who won $600,000 from the session, her spirit was undaunted. "The rest of us received an experience of a lifetime and a network of veteran-friendly business connections worth more than gold," she said.

"I'd like for the Central Florida medical community to know that if they are having trouble getting (CF patients) prescribed care ... or if they'd like to guide their business in the direction in servicing this population, I'd like to help," said Grubbs.