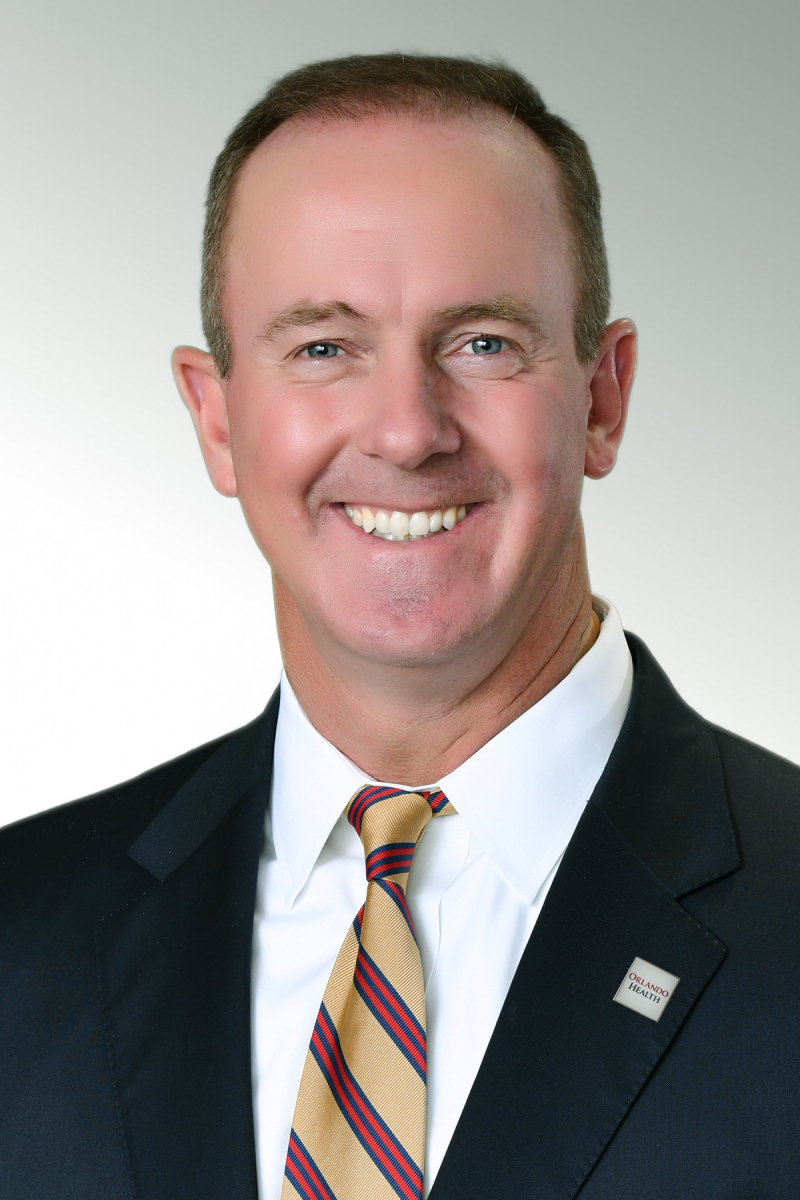 OCOEE--When Mark Marsh was starting quarterback for the Western Kentucky University (WKU) Hilltoppers under Coach Jack Harbaugh, father of Jim and John, he reveled in the symphonic nature of collaborative teamwork.

"Sports taught me a lot about life as a quarterback, and I was always as good as the weakest link," recalled Marsh, a native of Cincinnati, Ohio. "It was a great lesson in leadership and the importance of good coaching."

As a football player on a full scholarship from 1985 to 1989, Marsh had hoped to become a professional player. When the possibility of going to the next level seemed less than likely, he turned to mentors to determine his academic pursuit. A valuable role model was Tom Babik, longtime CEO of the Graves-Gilbert Clinic, a large multi-specialty practice in Bowling Green, Ky., who was passionate about sports and community improvement. For example, before he relocated to Springfield, Mo., in 2007, Babik was involved with the Kiwanis Club, Boy Scouts, Christ United Methodist Church and various charitable events. In fact, when a colleague asked Babik for the green light to nominate him for a local volunteerism award, Babik declined, saying politely that "performing community service was reward enough for him."

"I knew as a kid ... I had the type of demeanor to want to be in a profession where I helped others," said Marsh, who shadowed interns and learned the administrative ropes via Babik. "I liked the multi-dimensional challenge in healthcare."

After earning undergraduate and graduate degrees in healthcare administration from WKU, Marsh declined the opportunity to work with Harbaugh, who led WKU to a national championship in 2002. "Jack asked me if I wanted to coach or go into healthcare, and I said, 'Coach, with all due respect, thank you. You're great and I'd love to, but healthcare is my calling.'"

Last May, Marsh was named CEO of Orlando Health Central, a 400-bed healthcare system in Ocoee.

"There's something quite unique about Orlando Health Central. There's a great sense of family within the culture," he said. "I see it from the teamwork and comradery, the result of the staff working together for a long time."

Perhaps the most important leadership quality Marsh has learned during his 24-year administrative career: to honor the three Cs: care, compassion and commitment. "We're in the business of the human element," he said, "and people don't care how much you know until they know how much you care."

When Marsh strides down hospital corridors, he vigilantly seeks opportunities to make a difference. "Patients coming here are at their most vulnerable and in the greatest need," he said. "We like to also cure with kindness."

Short term, Marsh continues striving toward his goal to expand Orlando Health Central into "the best hospital possible" in one of the nation's fastest-growing areas, "West Orange."

"A brand-new cancer center is getting ready to kick off, also a new skilled nursing facility," he noted.

Longer term, Marsh wants to see Orlando Health Central land on the list of the Truven Top 100 Hospitals, a nationally recognized awards program based on patient outcomes and experiences.

"Our commitment is to become better every day," he said. "I can hear firsthand how excited folks are about Orlando Health Central today. This is their hospital of choice. We don't want to stop there, though. We want to be the most patient-friendly hospital in Central Florida ... and Florida for that matter!"

"We are extremely pleased and thankful for the District's support and collaboration on this project," said David Strong, President and CEO, Orlando Health. "West Orange County residents will soon be able to access more world-class healthcare services in their communities, close to home."

Construction of the project is planned to take place in two phases. The first phase is a 78,000 sq. ft. freestanding emergency department (ED). The ED will contain 12 patient exam rooms and additional four rooms that will be used for patient observation. Phase 1 is expected to be completed in the spring of 2018.

The second phase will be the construction of a six level, 214,000 sq. ft. medical pavilion, built to adjoin the freestanding emergency department. The phase 2 project will give the campus a facility that houses outpatient diagnostics and laboratory services, as well as providing space for primary care physicians and specialists. Plans are to begin phase 2 in the spring of 2018.

Once fully operational, the Horizon West Medical Campus will create more than 750 new permanent healthcare jobs and attract other high-caliber healthcare businesses to the area.

Additions to the Ocoee campus include a 30,000-square foot comprehensive cancer center with expanded clinical programs and services for family, supportive and holistic care.

"Evidence proves that patients suffering from cancer have better results when they are treated closer to home," said Mark Roh MD, president, UF Health Cancer Center - Orlando Health. "Each year, more than 1,200 residents living near Health Central are diagnosed with cancer. The current facility, which opened in 2012, reached its expected five-year capacity in its second year. So this new facility is greatly needed."

A new 100-bed skilled nursing facility will also be coming to the Ocoee campus. The facility will consist of a 60-bed rehabilitation unit and a 40-bed Alzheimer's unit.

At the Horizons West location, construction continues on a 70,000-square foot building that will feature a freestanding emergency department, outpatient diagnostics and laboratory services, offices for primary care physicians and specialists, and a human performance and wellness center.

"This facility will combine high-tech with high-touch to provide patients with the most advanced medical care available," said Greg Ohe, Senior Vice President of Ambulatory for Orlando Health. "Through telemedicine technology, Horizon West residents will have access to additional pediatric and adult specialists who may be located on any of our other campuses."