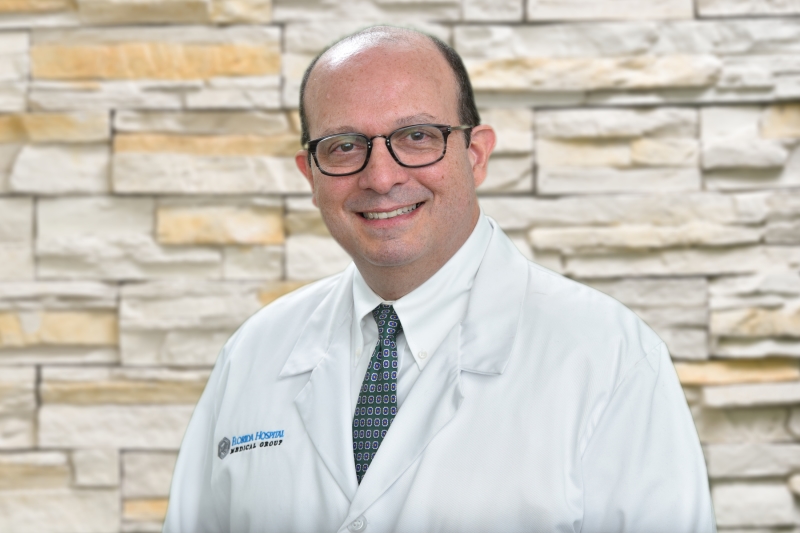 Dennis C. Smith, MD, FACS, FASMBS, is a board-certified general surgeon focused on bariatric surgery, a diplomate of the American Board of Surgery, and a fellow of both the American College of Surgeons and American Society for Metabolic and Bariatric Surgery. He focuses on laparoscopic, minimally-invasive bariatric surgery, including the Sleeve Gastrectomy, the RNY Gastric Bypass, and the Duodenal Switch procedure to treat obesity and metabolic-related health issues.

Dr. Smith received his BS in Chemical Engineering in 1982 at MIT, in Cambridge, Mass., and worked as a chemical engineer in the air separation industry for several years before going to medical school at Rutgers in New Jersey. He then did his general surgical residency at UAB in Birmingham, Ala.

He's been involved in the development of laparoscopic techniques for the Duodenal Switch, has presented nationally and internationally, and continues to have a strong interest in metabolic surgery. In March 2015, Dr. Smith joined the Center for Metabolic and Obesity Surgery and the Obesity and Metabolism Institute at Celebration Health Hospital in Celebration.


In Other Words...Dennis C. Smith, MD

Metabolic Surgery and the treatment of Type 2 Diabetes Mellitus

It goes without saying that Type 2 diabetes mellitus and obesity are two of the most important and devastating public health problems we face. They are both major causes of morbidity and mortality in those they afflict, and lead to disability and discrimination as well.

It is also well-known that lifestyle modification and medication can have a beneficial, but limited effect on both of these medical problems.

Over the past few decades, bariatric surgery has gained popularity as a means of treating both of these conditions at the same time, and has proven to be the only effective and long-lasting way to cause remission of Diabetes, and to cause substantial and sustainable weight loss.

After years of describing our operations as restrictive and/or malabsorptive, early in the previous decade we began to understand that the effectiveness of these operations has had a great deal more to do with alterations in the metabolism of the patient than we had appreciated. The effectiveness of these operations against diabetes and lipid disease were also so impressive and important, that in 2007 the American Society for Bariatric Surgery officially changed its name to the American Society for Metabolic and Bariatric Surgery (ASMBS).

We now employ three major operations in the bariatric surgery armamentarium. The Sleeve Gastrectomy, the RNY Gastric Bypass, and the Duodenal Switch. The procedure known as Adjustable Gastric Banding has largely faded into history, however, many of these patients are presenting with failures of various kinds involving band slippage, erosion, intolerance and weight regain, and are having those bands removed and their anatomy converted to other operations, usually RNY's or Duodenal Switches.

Each of the operations we do affects the gut microbiome in a different way, based on how we alter the anatomy. The gastrointestinal tract is divided into foregut, midgut, and hindgut. With varying degrees of small intestinal bypass with the different operations, the gut hormones are modulated in varying ways as well. Changes in anatomy also result in changes in things like bile acid metabolism, adipokines, cytokines, etc. including yet to be identified factors.

In the foregut, the gut hormones ghrelin and glucose dependent insulinotropic peptide (GIP) are prominently changed, and in the hindgut glucagon-like peptide-1 (GLP-1) and peptide YY (PYY) are manipulated. The major end results of these modulations are effects on satiation, hunger, gut motility and improvement in glycemic homeostasis.

Of the three major operations we do these days, the most powerful metabolic operation we have is the Duodenal Switch (DS). The DS has powerful effects on DM and Lipid Disease, and is associated with the greatest weight loss of the three. There are lifestyle and nutrition challenges with this operation, however, so it's not for every patient.

In 2004 a major meta-analysis (Buchwald, JAMA 2004) published rates of complete resolution of DM with the various bariatric procedures, including 134 studies and some 22,000 patients. The complete resolution rate for the Band was 47.8 percent, for the RNY was 83.8 percent, and for the DS was 97.9 percent. Since then a multitude of studies have backed up these numbers, and the resolution rate for the Sleeve Gastrectomy has been shown to be fairly close behind the RNY.

The effects of non-Band operations is almost instantaneous - patients often come into the recovery room needing far less medication for DM than preoperatively.

Although the Duodenal Switch is not a well-known bariatric operation, it has been performed since 1988, and laparoscopically since 1999. It's one of the ASMBS's standard recognized bariatric procedures, and is covered by Medicare. Historically, it has amounted to 1 percent of the bariatric procedures done in the US, and that's remained fairly constant over the years. The DS has also received more attention in
recent years because of its application for patients who have had a failure of weight loss, or weight regain, or intolerance to a previous bariatric procedure such as Adjustable Gastric Banding or the Sleeve Gastrectomy.

It's interesting that in the 90's and early 2000's, the DS was described as a "malabsorptive" operation, but as knowledge about the actual mechanisms of these operations improved, it became clear that much of the power of the DS is actually metabolic in nature. There is restriction, and there certainly is malabsorption, but the effects of the metabolism seem to be most important especially in terms effects on DM. The DS has the dramatic effects on gut hormones, but that doesn't explain everything, and there is a tremendous amount of research going on in these areas. Other theories as to why the DS works so much better against DM than the other bariatric procedures include bile salt metabolism, alteration of the chronic inflammatory states associated with obesity and DM, increased lipid excretion and the more profound gut microbiome changes associated with the DS.

There is clearly a lot more to learn about how the DS works on a biochemical level, but the progress that has been made in the past decade makes the next decade very promising for advancing our understanding of how all of these bariatric operations work. There is potential for altering our operations in order to make them more effective, and we may also someday be able to preoperatively assess patients from a genetic and biochemical point of view to help determine which operation might work best for individual patients.

Dennis C. Smith, MD, FACS, FASMBS, is a bariatric surgeon with the Center for Metabolic & Obesity Surgery in the Florida Hospital Medical Group at 410 Celebration Place, Suite 401, Celebration, Fla. He can be contacted at 407-303-3820 or visit www.FHmedicalgroup.com