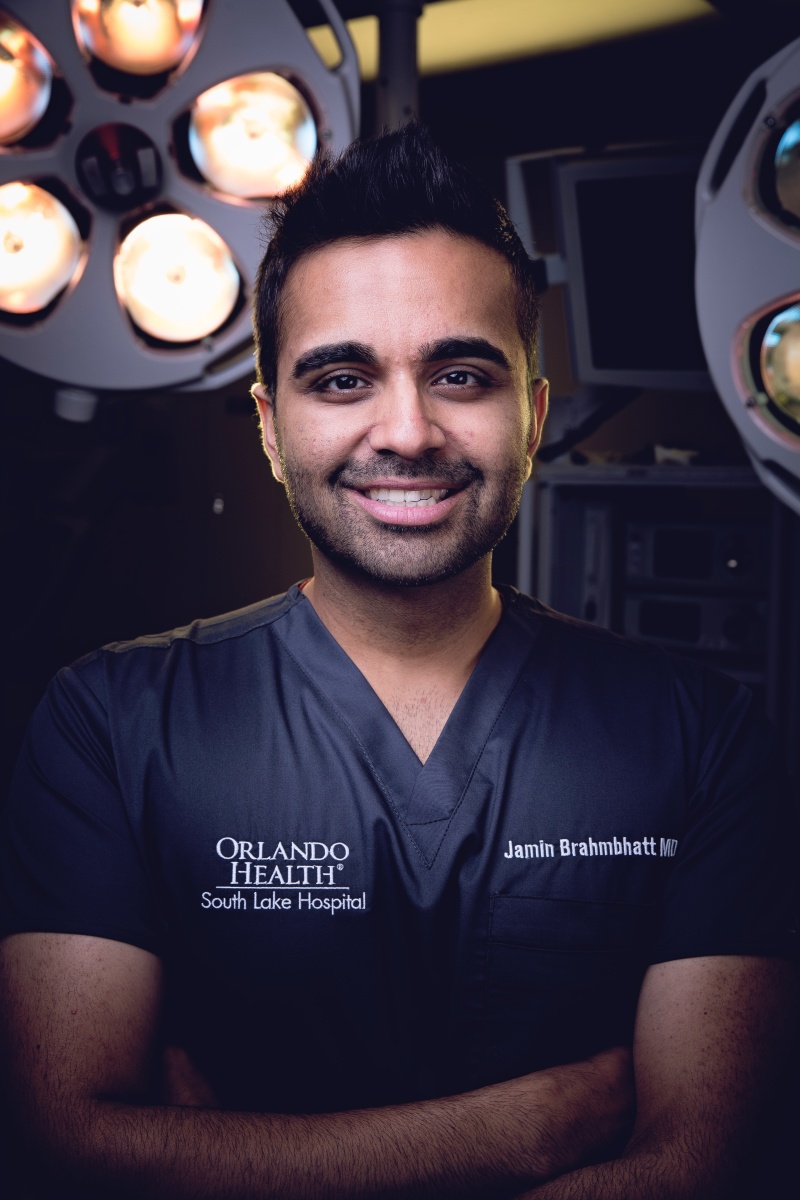 It sounds like the makings of a buddy movie.

Two friends set off on a 10-day road trip across America in an exotic sports car. Their mission is simple: Have a good time. Visit half a dozen cities. Eat good food. Hang out with friends and people whose heads spin around at the sight of this swoopy coupe, a rare BMW i8 - a 360-horsepower, highway-gobbling hybrid with gravity defying doors that rise into the air.

And when the crowds gather - as they inevitably do, thanks to a savvy publicity team - the pair talk to them about the things men should be doing in order to live longer.

This is the fifth year that Drs. Jamin Brahmbhatt and Sijo Parekattil have started summer with the epic road trip across the country they call the Drive for Men's Health™ (www.driveformenshealth.com). Brahmbhatt and Parekattil are co-directors of The PUR Clinic (Personalized Urology & Robotics, at South Lake Hospital in Clermont), which is part of the Orlando Health system. During the road trip, they make stops in major cities to participate in educational lectures and activities to raise awareness for men's health, conduct public events and do interviews with local news outlets. Lots of interviews.

The car is a big part of what draws interest, said Brahmbhatt. "We used to do this with a Tesla," he said. "But now those cars aren't as unusual as they used to be. So Sijo - who is a real car enthusiast - changed to the BMW i8. We use the car as way to start the conversation. We tell men, 'The car has a manual - but your body doesn't. So, you really need to pay attention to the warning lights. If something doesn't feel right, if there is blood in your urine, pain in your chest or you have a headache that doesn't go away, you need to get checked out."

The doctors became interested in increasing awareness about men's health when they noticed a glaring statistic: the life expectancy for men is significantly less than for women. In fact, the average is about five years less. "We want to help close that gap by encouraging men to take better care of themselves and by becoming more aware of little warning signs they might be taking for granted."

This year the theme is about eating healthier while still eating well. After kicking off the trip with a fashion show-themed event in Orlando on June 1, the doctors will visit hot spots for local food and chefs in New York City, Philadelphia, Columbus, Ohio, Chicago and Houston before returning to Central Florida. "We will be talking about how to eat healthier and why this is such an important part of men's overall health," said Brahmbhatt.

In past years, the Drive for Men's Health (D4MH) trips have focused on exercise and fitness, nutrition and sexual health issues that are sometimes considered taboo. Since it was founded, the D4MH has reached millions of people with important messages surrounding men's health issues. Beyond awareness, the D4MH raises funds in support of the latest research and development of best practices in urology care. Each year, the D4MH donates tens of thousands of dollars to help underwrite research, educational, and awareness-generating efforts.

Last year alone, the D4MH traveled more than 4,000 miles. Using the week-long drive to garner publicity, the D4MH reached millions of people through digital social media platforms as well as traditional media channels. The doctors appeared on the CBS This Morning national television show, Delta's Sky Magazine and scores of media outlets in between.

"There is a lot of research that goes into deciding the theme of the D4MH and the cities we will visit," said Brahmbhatt. It can be a grueling experience, he said, "We have to think about what is feasible in a week."

To accomplish this, the D4MH has an eight-person road team that follows them and supports them at each stop. In addition, there is an eight-person team that stays home and helps to coordinate publicity around each of the events and on all of the digital social media platforms.

Although each city is special, this year, Brahmbhatt said, he is especially looking forward to the stop at New York's Essex Street Market, where they have partnered with a local chef, and where the New Jersey native will have a chance to see friends and family. But what he really is looking forward to is the chance to make a difference in someone's life.

"When we started," he said, "I just wanted to get one guy inspired to make some healthy improvements in his life. Now, I know for a fact that we have helped thousands."

A highpoint for the doctors is when "somebody's mother tells us that because he saw us on TV, her son decided to visit his doctor, or some guys will come up to us to how they have gotten fit, lost weight and are feeling better."

"Guys get stressed out about their health," said Brahmbhatt. "They don't want to go to the doctor because they don't think anything is wrong, or sometimes they are afraid of what might be found. We want them to find a physician - just like they might look for a mechanic for their car - who can serve as their guide. And we want them to understand that they need to take it one mile at a time."

The opportunity to work with a supportive healthcare system like Orlando Health has also been a factor in the D4MH's success. "From the second we walked into South Lake Hospital five years ago, we loved it," said Brahmbhatt. "They were willing to take on these two crazy doctors and their crazy ideas." Even though the D4MH will wrap up back in Clermont, Fla., on June 9, Brahmbhatt and Parekattil's work to increase awareness of men's health issues will continue. "We don't stop," said Brahmbhatt. "The messaging continues all year."