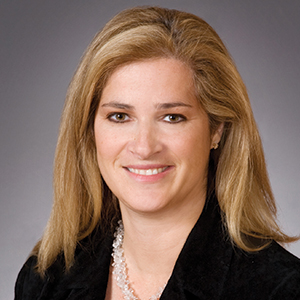 This year, Laura Bancroft, MD, FACR, transitions from being program director of the Diagnostic Radiology Residency Program to chief academic officer of the Radiology Department at Florida Hospital. The upgrade represents yet another impressive credential on her stellar resume.

"I enjoy the success the residents in our program have had in the program that we started, and am thrilled with the fellowships they have acquired through their hard work and research," said Bancroft, president-elect of the Society of Skeletal Radiology.

A native of St. Louis, Mo., Bancroft grew up in a tightknit family with two brothers - one a pathologist and the other a lawyer. Their dad was an electrical engineer for McDonnell Douglas while their mom was a nurse at Barnes Jewish Hospital at Washington University. As a child, she attended Villa Duchesne, an all-girls school. "My family always emphasized the importance of education, detail and persistence," she said. "I knew I wanted to be a physician as a child, and enrolled in the University of Missouri's 6-year medical program out of high school."

After earning a medical degree from the University of Missouri in Kansas City, Mo., Bancroft completed residency training in 1996 at the University of Miami School of Medicine, Jackson Memorial Medical Center in Miami. A year later, she completed fellowship training with world-famous fellowship director Thomas Berquist, MD at the Mayo Clinic in Jacksonville. By 2001, she was elevated to Mayo Clinic's Musculoskeletal Fellowship Director and Associate Dean of Allied Health. By 2008, she was named full professor. The same year, she relocated to Orlando with her husband, Josiah W. Bancroft, III, MD, who was recruited as president of Radiology Specialists of Florida at Florida Hospital. Board-certified in diagnostic radiology, she retains some consultant work for the Mayo Clinic's Department of Radiology.

"I chose radiology because it could answer the clinical questions that percussing could not," noted Bancroft. "I chose musculoskeletal radiology (as a subspecialty) because I enjoy sports medicine."

Bancroft is highly involved with the local Radiology Specialists Volunteer Program, a charitable group comprised of radiologists, spouses and support staff. "Our team has invested time and money into raising the quality of life of the Orlando and Bithlo communities," she pointed out.

A master multi-tasker, Bancroft enjoys lecturing nationally and internationally, and also editing radiology journals. She is the chief editor of seminars for Musculoskeletal Radiology and co-editor of the musculoskeletal division of RadioGraphics. With her colleague, Kurt Scherer, MD, she is editing another issue of Radiologic Clinics of North America. She has served on the editorial board of Orthopedics Journal since 2007.

In their time off, Bancroft and her husband, who live in Winter Park, cheer on their children at baseball games and enjoy traveling with their family.

"Our oldest child is heading off to college this year, our middle is trying to play baseball in college next year, and our youngest is in middle school," she said. "The kids have been around the world many times, and understand the importance of being American and representing our country well."