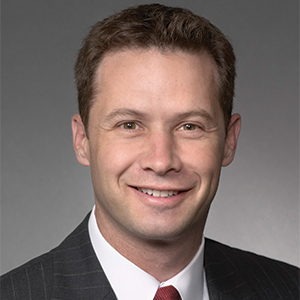 On April 9, David Strong, FACHE, will celebrate his second anniversary as president and CEO of Orlando Health, a labyrinth healthcare system that turns 100 next year. Already, his peers have acknowledged Strong for his work, including ACHE's presentation in January of the Distinguished FACHE Service Award: Excellence in Healthcare Leadership.

Orlando Medical News caught up with Strong, who said when joining Orlando Health that his top priority was to "listen, listen, and listen some more." OMN asked him for an update as he nears the 2-year mark.

"Still listening. Without a doubt," he said. "We want to be a great place to work. We need to be easier to use. We need to grow. If you look at our footprint, we have nine ambulatory or outpatient sites and a lot more physician practice sites. By the end of this year, we'll have 21 sites ... urgent care, free standing Emergency Departments, surgery centers. By the end of 2019, that number will be 51."

With a couple years on the job, what aspects have surprised you? Which ones have been challenging?

No surprises. We've had a couple of great years. It's confirmation of our amazing physicians, extremely talented and caring team members, volunteers and donors.

The most challenging event was handling victims of the Pulse nightclub tragedy at our downtown facility, which typically sees some 14 traumas every day. One of our trauma surgeons said it best: it was the best and worst day of his life. It was horrific to see the bloodshed. As bad as the circumstances were on that milestone day, it was rewarding to see the response of love and care and compassion to such a hateful act. As a result, we've spoken about the way our organization handled this traumatic event all over the country.

Upon hiring, you mentioned a goal to pursue excellence. In what ways have you made inroads?

Our strategic plan is called the pursuit of excellence, and we've come up with six imperatives. Quite simply, it's my desire for Orlando Health to be an irresistible place for people to work. No matter where you're working in America, if you're in healthcare, you could say 'I wish I could work at Orlando Health' and I'd be very happy.

We want to enhance ease of use so that you don't have to register multiple times for different services. It's got to be easy. We just added a feature, "In Quicker," where you can now book your ER visit online so potentially you can wait at home rather than the ED waiting room.

We'll continue to work to be more affordable. Ambulatory sites are also about affordability. It's less expensive to provide and receive care at ambulatory sites than in the hospital. As I mentioned, we plan to have 51 sites by the end of 2019. We opened one recently in Spring Lake near Dr. Phillips Hospital. That's our first one, with internal medicine, cardiology, orthopedics, pulmonary, obstetrics and gynecology, and pediatrics. Our idea of a site is a self-contained health pavilion that's almost like a hospital without hospital beds - and better parking. We've broken ground on the next one in the Horizon West area. Also, we've broken ground on two mini versions in the middle of and also south of Lake County. More are planned in both north and south Orange County.

We want to earn physician loyalty. We want to strengthen economics and drive growth and innovation. Those are all framed as a part of our strategic plan. We want to be recognized in the top decile from a quality perspective of health systems across the country.

What other projects are taking precedence?

The Lakeland expansion project, ambulatory growth and developing partnerships with physicians. In October, Lakeland Regional Medical Center is going to become part of Orlando Health. The geography is a little bit broader than just beyond Orlando. At the same time, that's a 55-minute or hour-long drive versus jumping on a plane every week.

What do you enjoy most about the job and living in Orlando?

The people! That's both at work and at home. Also, the lifestyle has been outstanding for me and my family. One of my sons was on the water on Christmas Day. How do you beat that, right? We were on the water when we lived in North Carolina, but it was frozen. Not quite the same thing. The schools for my kids - a sophomore and a sixth grader - have worked out extremely well. Grace and I have two sons in college now, one in Virginia and one in North Carolina. We see them as often as we can. Life is good here.