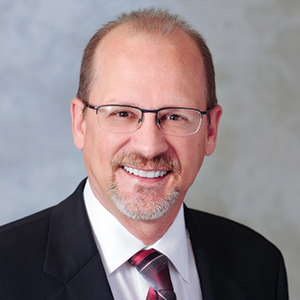 WINTER PARK - Singing was a catalyst for Jeffrey J. Lehman, MD, to pursue a career in medicine, but it was mid-college before he made a commitment, a surprise to his extended family of doctors.

"My second-grade teacher had each child sing a song," recalled Lehman, a board-certified adult and pediatric otolaryngologist at Ear Nose and Throat Surgical Associates and co-founder of the Center for Voice Care and Swallowing Disorders in Winter Park. "I hadn't really thought about singing before then, but I recall thinking that if I breathed deeply and let the sound flow out, a good performance could result."

Lehman was spot on, and soon began singing solos at school concerts and church. As a teenager, he learned his body's limits while singing in a rock 'n' roll band, where he also played guitar, keyboard and trumpet.

"I became personally acquainted with vocal strain resulting from vocal overuse," he admitted. "I found little in the way of helpful resources to help me cope."

At the University of Wisconsin (UW), Lehman earned a degree in molecular biology with a plan to focus on research. He soon decided life in a lab wasn't for him and pursued medical school at UW to blend his scientific interests with more personal interaction. Also, the specialty of otolaryngology intrigued him. Perhaps, he thought, there's a way to help vocalists with performance problems.

"The care of voice problems was undergoing a revolution at that time, and UW was one of the hotbeds of change," said Lehman of the late 1980s, pointing out that mentors Charles Ford, MD, and Diane Bless, PhD, worked to refine the use of new technology in voice evaluation and treatment. For example, a voice lab was developed around new techniques available for examination, including videostroboscopy.

"A scope is placed in the patient's mouth to look at their vocal cords with a 70-degree angle lens," he explained. "At the same time they're voicing, a microphone catches their voice frequency and triggers a strobe light flash. It's almost like a slow-motion movie of vocal fold vibration."

Tired of long, cold Wisconsin winters, Lehman joined Ear Nose and Throat Surgical Associates in Orlando after completing an internship in general surgery and residency work in otolaryngology at UW. Because multi-disciplinary involvement provided a way for ENTs to provide voice patients with more personalized care, he became resolved to develop a multidisciplinary voice center and incorporate it into his clinical practice.

"In the past, ENTs worked somewhat in isolation, as did speech pathologists, when it came to voice problems," Lehman explained. "ENTs would refer patients to speech pathologists, who would listen to the voice without any idea of what was going on from the perspective of images or anatomy. It wasn't a true multi-disciplinary approach."

To Lehman's delight, "this single-specialty group practice was very receptive to my idea, especially since the Orlando area has a large population of vocal performers working in some very challenging venues," he said. Lehman established the Center for Voice Care with David Ingram, PhD, a progressive and energetic speech pathologist at the University of Central Florida (UCF). When Ingram retired, his student Hoffman Ruddy, PhD, stepped in to help Lehman continue molding the program into a regional center of excellence with an active clinical research program. Among their projects: studying 3-dimensional modeling of the airway with engineers to better understand chronic cough and sleep apnea.

Awarded Otolaryngologist of the Year by the Florida Network of Otolaryngologists in 2012, Lehman was acknowledged among "Best Doctors in America" in 1996, 2001-02, and 2007-16. He also serves as a clinical professor at the University of Central Florida's College of Health and Public Affairs, where he helps train rotating speech pathology students.

At Florida Hospital, after serving in various hospital physician leadership roles including several years as Chairman of the Otolaryngology Department, Lehman undertook an eight-year track that led him to his position as president of the medical staff, or as he calls it in the year of unprecedented change in regulatory policy, "the hot seat." In his role, he oversees some 2,500 hospital-employed and independent physicians plus the allied health practitioners.

"All the problems, all the calls come to me," he said, emphasizing that his role differs from that of Chief Medical Officer David Morehead, MD. "Dave and I are on the phone all the time."

When Lehman was secretary-treasurer of the medical staff, in a two-year term leading to his rotation as president, he was tapped to chair the newly developed Medical Staff Information Technology Committee. "We were going through the integration of information technology with the electronic medical record system, and we wanted to make sure it was done in a way to enable technology to serve physicians, rather than impede their work," he said.

Lehman likens the repeal and replacement efforts of the Affordable Care Act to ongoing construction of Interstate 4 in Orlando. "Traffic patterns will change, but the overall direction of the road will remain the same - heading toward more integrated healthcare," he said. "Our larger employers are demanding more integrated care. They want physicians and hospitals to take more risk concerning population management."