The Senhance Surgical System, which is currently in use in Europe, received FDA approval in October. It's the first new robotic surgical system to receive this approval since 2000. Florida Hospital will be the first U.S. health-care system to utilize the Senhance, both for training purposes and for clinical use.

The controls for the Senhance mimic traditional laparoscopic surgery, allowing for an accelerated adaptation for surgeons currently performing surgeries with these tools. The surgeon sits in an ergonomically comfortable position, and can see inside the body with 3D visualization. Optical sensors allow surgeons to move the camera and select commands simply by moving their eyes. The Senhance also is the first robotic system that offers haptic feedback, which re-creates the sense of force feedback for surgeons so that they can "feel" forces encountered via the system's robotic arms.

"Florida Hospital is always seeking out innovative technology to advance patient care," said Dr. Steve Eubanks, executive medical director of the Florida Hospital Institute for Surgical Advancement at Florida Hospital. "We are very pleased to partner with the TransEnterix team to help train surgeons on the Senhance and begin using it in the coming months to treat patients in our community."

Several Florida Hospital surgeons have already completed their training on the Senhance and are looking forward to beginning clinical procedures soon. The system will benefit patients across a range of procedures and specialties, including gynecology and colorectal surgery.

"The FDA approval of Senhance in the United States and the early adoption of the system at Florida Hospital are milestones in the progress of robotics," said Todd M. Pope, president and CEO of TransEnterix, Senhance's manufacturer. "Senhance will strengthen the senses, precision and comfort of the surgeon, minimize the invasiveness of surgery for the patient, and maximize value for the hospital."

The Senhance's instruments are just 5 millimeters in diameter, and the system senses and minimizes forces at the patient's small skin incisions. As a result, current minimally invasive surgery may become even more so, which means quick and easy recovery for patients, with little to no scarring.

And the Senhance allows for the reuse of surgical instruments, helping to lower the overall cost of procedures, and in turn, health care overall. 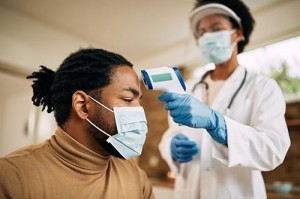 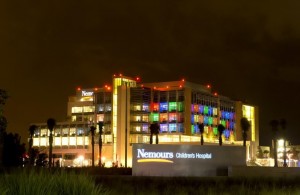 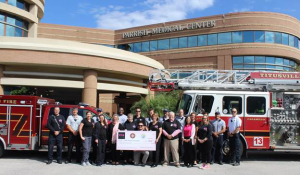