Affairs of the Heart

Perhaps it should come as no surprise that there is a major divide between what Americans should do and what is currently being done when it comes adopting healthy cardiovascular lifestyle habits.

Based on data from the Framingham Heart Study – the landmark research project founded in 1948 by the National Heart, Lung, and Blood Institute – a recent multi-institutional study found few in the United States hit the mark … or even come close … in terms of scoring well on the American Heart Association Cardiovascular Health score (CVH score).

“The better your score, the lower your cardiovascular risk as evidenced by less subclinical atherosclerosis and a lower risk of future cardiovascular events,” noted Thomas J. Wang, MD, director of the Division of Cardiovascular Medicine and physician-in-chief for the Vanderbilt Heart and Vascular Institute in Nashville and a co-author of the study.

“We know a lot of the health practices that are associated with better cardiovascular outcomes, but there seems to be a disconnect,” added the professor of Medicine at Vanderbilt University Medical Center.

In fact, he added, only 1 percent of the Framingham participants included in the data (mean age 58 years; 55 percent women, no overt signs of CVD) had optimal marks for all seven. “Fortunately, having zero healthy lifestyle practices was also uncommon at about 1 percent of people. Most people did at least one thing associated with good cardiovascular health,” Wang said.

However, more than 8 percent did fail to meet the ideal CVH score for at least six of the seven lifestyle factors. “The vast majority of people were at four and below … 18 percent fell between five and seven,” he continued of scoring well on the seven benchmarks.

“The fact that such a small number of people actually meet all of the cardiovascular health criteria highlights that there is still a big gap with current lifestyle practices,” he stated.

The group studied originated with the Framingham Offspring cohort participants attending the sixth examination cycle (1995-1998) when a routine assessment of subclinical disease was performed along with assays of multiple biomarkers. From the original group of 3,532 potential participants, more than 850 were excluded for a variety of reasons ranging from prevalent CVD to unavailable concentrations of biomarkers. While Wang said none of the final sample of 2,680 participants had overt heart disease at the beginning of the study, during the 15 years the cohort was followed after the baseline examination, a significant number of them developed cardiovascular events. He noted those who developed a CVD event tended to have lower CVH scores at baseline.

“I think people feel as if we’re making a lot of progress with cardiovascular disease, which is true … but it’s still the number one cause of death in America,” Wang stressed.

“Physicians could probably do a better job of encouraging their patients to adhere to these healthy practices and give them strategies for adherence, and patients need to do a better job of adhering to them. I think, as with all things in medicine, it is a joint effort,” Wang said.

While the study findings might seem intuitive to some extent, Wang pointed out, “It is important to continually remind physicians about the fundamental importance of healthy lifestyle factors in lowering the risk of cardiovascular events.” He added, “It also serves as motivation for the scientific community to better understand the biological mechanisms linking lifestyle factors such as diet and exercise to lower cardiovascular risk.”

Wang recognized medical interactions occur in very tight timeframes these days, which makes it difficult for providers to cover the full spectrum of useful information with patients. However, he noted, there are a number of organizations at the national level – including the American Heart Association and National Heart, Lung, and Blood Institute – that offer excellent tools and resources that can be printed or accessed online to help patients better understand the importance of healthy lifestyle strategies.

“It’s clear that a better lifestyle would not just be associated with better cardiovascular outcomes but also with less death from cancer and other diseases, as well,” Wang concluded of the critical need to change American habits.

How We Stack Up on the Seven CVH Score Factors

According to recent American Heart Association statistics, there is a great deal of work to do to improve ‘Life’s Simple 7’ … the seven key health factors and behaviors that increase risk for heart disease and stroke. Below is a sample of key findings from the latest statistical update.

Worldwide, tobacco smoking and secondhand smoke was one of the top three leading risk factors for disease and contributed to an estimated 6.2 million deaths in 2010.

Among students 9-12, only about 27 percent meet the AHA recommendation of 60 minutes of exercise every day.

Less than 1 percent of American adults meet the AHA’s definition of ‘ideal healthy diet’ and essentially no children met the definition. Increasing whole grains and reducing sodium remain two of the biggest challenges.

Additionally, nearly one-third of American children … 32 percent … are overweight or obese with about 24 million being classified as overweight and 13 million as clinically obese.

About 33 percent of Americans have high levels of LDL and around 20 percent have low levels of HDL.

About 80 million U.S. adults, or 33 percent, have high blood pressure. Of those, about 77 percent are using antihypertensive medication(s) but only about 54 percent have their condition controlled.

Hypertension is projected to increase by about 8 percent by 2030.

About 21 million Americans … or nearly 9 percent of the adult population … have diagnosed diabetes. Another 35 percent of Americans have pre-diabetes.

Last December, the American Heart Association/American Stroke Association released updated heart and stroke statistics in the United States … and, for the first time in the 50 years such information has been provided, added a global perspective with health data compiled from nearly 200 countries.

Key findings from “Heart Disease and Stroke Statistics 2015 Update” include:

Heart disease remains the No. 1 global cause of death with 17.3 million deaths annually. The annual death toll is expected to rise to more than 23.6 million by 2030, according to the report.

Additionally, about 85.6 million Americans are living with some form of cardiovascular disease or the after-effects of stroke.

The AHA estimates direct and indirect costs of CVD and stroke in this country to be more than $320 billion.

Breaking heart disease out separately from stroke in America, heart disease remains the number one killer in the United States with more than 375,000 dying annually … or about one person every 90 seconds.

Nearly half of all African-Americans have some form of cardiovascular disease and more than 39,000 died from heart disease in 2011.

On the plus side, the death rate from heart disease fell about 39 percent between 2001 and 2011. The physical and cost burden, however, remain incredibly high. About 735,000 people in America have heart attacks each year (accounting for approximately 120,000 deaths), and cardiovascular procedures and operations increased around 28 percent between 2000 to 2010. 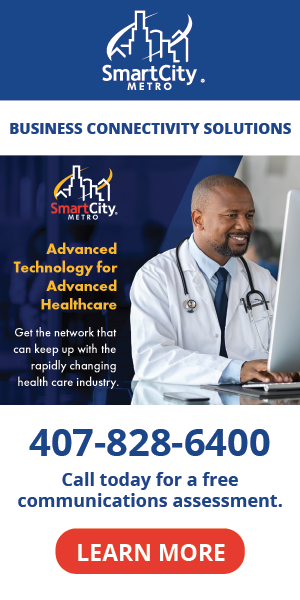