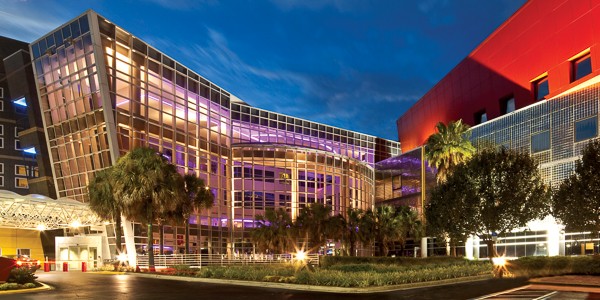 “Our ability to earn repeated A grades from the Leapfrog Group is a direct result of the hard work of doctors, nurses, clinicians and the entire staff at Orlando Health – Health Central,” said hospital President, Mark Marsh. “Each and every day, our teams of highly qualified specialists collaborate to focus on quality care – and it’s making a difference to everyone who needs medical attention at our hospital.”

Some of Orlando Health – Health Central’s most successful quality initiatives include improving patient safety through computerized physician order entry for medications; the use of computerized bar code scanning during medication administration; and fully meeting consecutively, the Leapfrog standards for maintaining a culture of safety leadership.

These and other initiatives have resulted in significant reductions in hospital acquired infections; a substantial reduction in the time it takes a patient who arrives at the emergency department to be admitted and placed in an inpatient bed; and an increasing number of hospital departments achieving the top 10th decile in the country for patient satisfaction. Most recently, the Florida Hospital Association awarded the hospital Sepsis Champion for achieving the highest reduction in mortality among patients with the life-threatening condition.

“Earning nine A grades for patient safety is an amazing achievement,” said David Strong, president/CEO, Orlando Health. “I am extremely proud of everyone who had a hand in helping to reach this milestone.”

The Leapfrog Group is a national organization committed to improving health care quality and safety for consumers and purchasers. The organization assigns an A, B, C, D or F grade to more than 2,600 hospitals across the country based on their performance in preventing medical errors, infections and other harm to patients. Pediatric and specialty hospitals such as Orlando Health Arnold Palmer Hospital and Orlando Health Winnie Palmer Hospital for Women & Babies are not included in Leapfrog’s grading process.