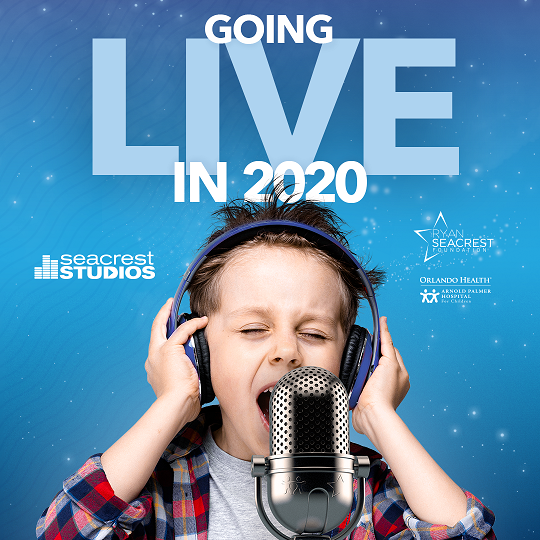 The Ryan Seacrest Foundation has announced that Orlando Health Arnold Palmer Hospital for Children will become home to a Seacrest Studio, a state-of-the-art broadcast media center for patients to explore the creative realms of radio, television and new media. The Seacrest Studio will be located on the first floor of the hospital, adjacent to the main atrium. The approximately 1,200-square-foot studio will be encased in glass, allowing patients and visitors to view the daily programming happening inside.

Seacrest Studios are charitable endeavors of the Ryan Seacrest Foundation, founded by radio and television host and producer Ryan Seacrest along with his family. Orlando Health Arnold Palmer will be the foundation’s 11th studio of this kind placed inside a pediatric hospital, and the first location in Florida. Construction of the new space is expected to begin in late 2019, with a grand opening slated for summer 2020.

“I have always believed in the healing power of entertainment, but when we opened our first studio nearly nine years ago, I had no idea the extent of the benefits that these creative outlets could bring to patients and their families,” said Ryan Seacrest. “As we open our 11th Seacrest Studio, we could not be more excited to bring these opportunities to the families of Orlando Health Arnold Palmer Hospital for Children and look forward to many memories to come in the Orlando community.”

The goal of this studio is to help patients and their families through the healing process during their stay via music, entertainment and creative expression. Seacrest Studios will be used to provide a variety of programming to patients, whether they are physically in the studio or watching through a closed-circuit network from their in-room TV screen. Patients will have the opportunity to host their own radio and television shows, watch live musical performances, play games and even interview celebrity guests that visit. Patients will also have the ability to call down to the studio via their hospital room phone to engage in events they are watching on their screen.

“We are thrilled to become the next site for a Seacrest Studio,” said Cary D’Ortona, president of Orlando Health Arnold Palmer. “Every day we care for kids, not only from our community, but from all over the world. Whether their stay is just a few days or several months, we’re excited to partner with the Ryan Seacrest Foundation to give these patients a unique way to heal and learn.”

The studio will have several full-time hospital team members dedicated to creating fun and educational programming for patients and guests. Another initiative for the studio is to offer internships for college students and give them hands-on experience in the broadcast and entertainment industry.

ABOUT THE RYAN SEACREST FOUNDATION