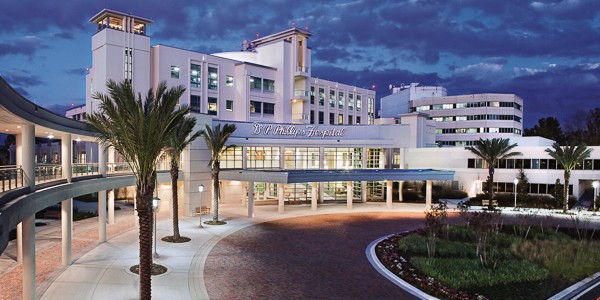 The expansion of an existing shell space on the fifth floor at Orlando Health Dr. P. Phillips Hospital is slated for completion in February 2020. The cost of the construction, which will add 48 private rooms to the 237-bed hospital, is approximately $15 million.

The development taking place at Dr. P. Phillips Hospital builds on the hospital’s longstanding approach to delivering quality care and patient safety. Located in southwest Orlando, the hospital has been serving the local community, as well as visitors from across the United States and around the world for over 25 years. Last year, the hospital had 15,575 acute care admissions which was an increase from 13,794 in 2016.

“Orlando Health Dr. P. Phillips Hospital has seen tremendous growth, particularly over the last two years with significant increases in surgeries and hospital admissions,” said Thibaut van Marcke, president of Orlando Health Dr. P. Phillips Hospital. “This expansion is in response to the ongoing growth in southwest Orlando and in the tourism industry. The additional patient rooms will allow us to better meet those needs.”

Work started on the project back in June 2019. The architect for this project is Dallas-based HKS, while the general contractor is Southfield, Michigan-based Barton Malow Co.