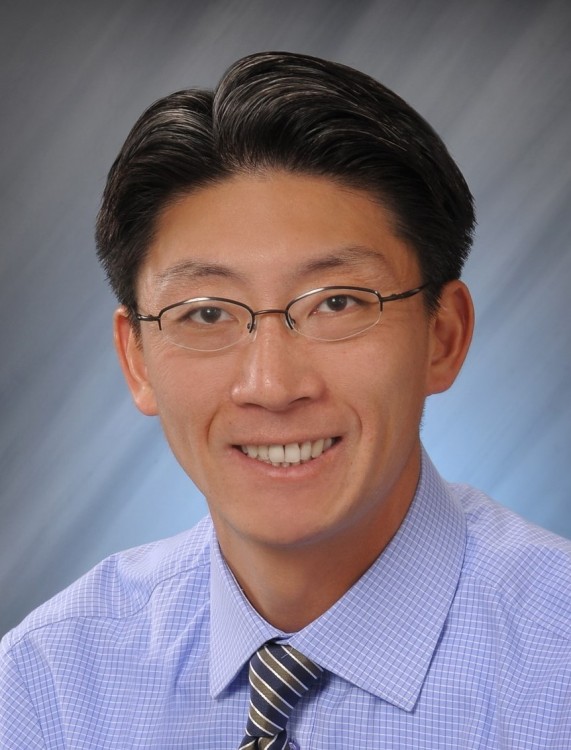 Dr. Terry Su’s path to becoming a skilled head and neck surgeon was a winding one. A native of Northern California, Dr. Su enrolled at University of California Davis pre-med, but after shadowing a trauma surgeon, he wasn’t sold on the medical field.  He completed his undergraduate degree and took some time to gain hands-on experience in another career that interested him – aviation.

“I had always seen flight academy ads on the back of in-flight magazines and wondered what it would be like to fly local commuter jets,” Su said. “I gave a career in piloting serious consideration, but my mother ultimately urged me to go back to school.”

Su listened to his mother and enrolled in dental school at New York University – but it wasn’t until the fall of his senior year that he felt the full weight of his decision. Sitting in his Lower Manhattan classroom on a crisp morning in September of 2001, Su and his classmates watched in horror as American Airlines Flight 11 and United Airlines Flight 175 crashed into the North and South towers of the World Trade Center.

“Being so close to the tragedy reminded me how fragile human life is,” Su said. “After that day, I had a new passion and resolve to spend my days helping people.”

After receiving his dental degree, Dr. Su worked as a licensed dentist for nearly a year, yet the idea of being a surgeon was still in the back of his mind. He went on to receive his medical degree and completed his residency at the University of California, San Francisco.  Su furthered his training in Jacksonville, where he completed a fellowship in head and neck surgery and microvascular reconstructive surgery.

“As I was finishing my fellowship, I was alerted to a job opening with Osceola Regional Medical Center,” he said. “They were looking for an oral and maxillofacial surgeon to help build their trauma program from the ground up. The early years of the program – and my career – were as rewarding as they were exhausting, with most surgeries lasting between 8 and 12 hours.”

Dr. Su left Central Florida for the University of Colorado in 2016 to teach residents while working as an oral and maxillofacial surgeon.  Last year, he was offered the opportunity to rejoin Osceola Regional Medical Center. The hospital had since been designated a Level II Trauma Center by the Florida Department of Health and had added a two-year general surgery residency program.

Su jumped at the chance to return to Florida to continue teaching and working alongside young physicians, handling a wide variety of trauma cases involving everything from car accidents to assaults to unusual cases, such as sinkhole-related injuries.

“For this type of surgery, it is critical to understand the human mouth and what an individual’s bite is supposed to be,” Su said. “Trauma to the face and neck often results in big holes, which is much different than other areas of the body. Instead of patching, we must do our best to restore the original form and function so that our patients can eat, chew and speak again.”

In addition to handling trauma cases, Dr. Su is appreciative that his employer, HCA Healthcare, allows him to tailor his practice to what he enjoys doing the most: head and neck cancer surgery and reconstruction. Su, along with his fellow surgeons, pathologists, radiologists and other experts, conference twice each month to present cancer cases and decide on a comprehensive and individualized care plan. That collaboration helps Su communicate openly with patients and develop a level of trust critical to top-tier care.

A Call to Action

The most powerful tool Su has in delivering positive outcomes for his cancer patients, however, is the primary care physician. He urges his medical colleagues to remember the mouth and neck, and – when in doubt – to refer patients to a specialist for a better look.

“Head and neck cancer and oral cancer are different from other cancers deep within the body, which makes one assume they’d be easy to diagnose,” Dr. Su said. “Dentists are on the lookout for ulcers or bumps and will often refer patients for further diagnostic testing. Primary care physicians, on the other hand, aren’t generally accustomed to examining inside patients’ mouths. By identifying and referring patients at risk for head and neck cancer at an earlier stage, survival rates increase dramatically.”

Now in his second year back in the Sunshine State, Su continues to raise awareness around early diagnosis of head and neck cancer. When he is not in the operating room, he enjoys spending time with his wife and three children. He looks forward to the opportunity to continue serving patients throughout Osceola County and Central Florida.