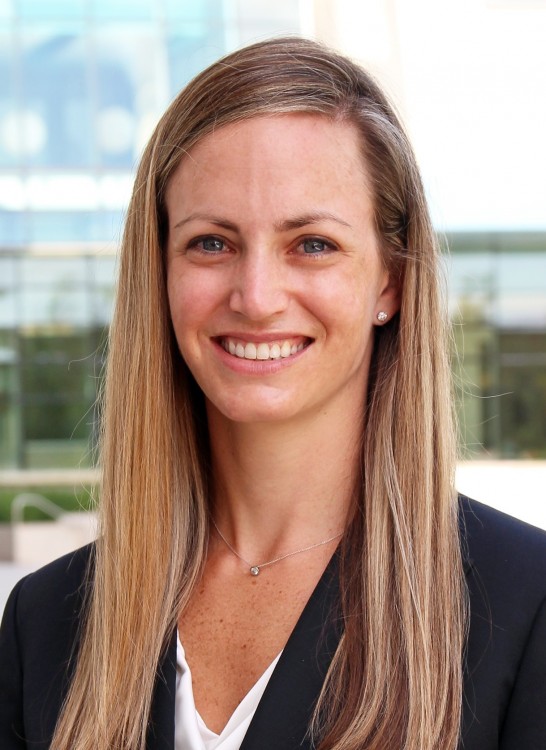 Most people probably recall very few memories of being two years old, let alone making a major career decision at that age. But pediatric orthopedic surgeon Margaret Baldwin, MD, has had her eyes set on a career in medicine ever since she was a toddler.

“I think it was because I really looked up to my pediatrician and thought what she did was amazing,” said Baldwin, who recently joined the staff Nemours Children’s Specialty Care in Lakeland, as well as at Nemours Children’s Hospital in Lake Nona. “I was really fascinated by the idea of making kids feel better.”

She also wanted to be an astronaut when she was younger. As she advanced in school, she became very interested in math and science and considered doing engineering, especially prosthetic design, while in college. But she continued to be drawn toward a career in medicine.

“It just felt like a natural career choice for me,” Baldwin said. “I knew I wanted to do orthopedics my first year of medical school at the University of Texas School of Medicine at San Antonio. I was able to spend some time with the current residents and really enjoyed the idea of restoring function to people and being able to fix what was wrong.”

She became interested in pediatric orthopedics during the beginning of her residency at the University of Oklahoma Health Science Center.

“In my residency, I really enjoyed working with children and families to offer excellent care and make a difference in someone’s life,” she said. “We were able to rotate on the pediatric service during intern year and I really enjoyed that patient population and being able to work with families. I also loved that I would be able to take care of children their entire lives with the goal of allowing them to be a kid.”

Baldwin completed her fellowship in pediatric orthopedics at A.I. duPont Hospital for Children/Nemours. She found that experience so positive that she was inspired to find a permanent position with the children’s health system. When an opening was posted in Florida, she applied, saying the opportunity to stay within Nemours was too good to pass up.

“The Nemours hospital in Delaware is one of the top centers in the country for work in cerebral palsy (CP), and I learned from the best doctors in that area,” Baldwin said. “In my residency, I really enjoyed working with children and families to offer excellent care and make a difference in someone’s life. The opportunity to stay with Nemours is exactly what I was looking for, so I can collaborate with everyone I did fellowship training with for surgeries and research ideas. I look forward to serving my new communities of Orlando and Lakeland at Nemours.”

Only six percent of board-certified orthopedic surgeons are female. While some women report facing barriers and discrimination in professions that are largely male dominated, Baldwin said she was lucky to have a great mentor during medical school.

“Even though he was male, he believed in me and encouraged me to do what I loved,” she said. “I did have many other people make comments that I was not strong enough/large enough/or that orthopedics just wasn’t suited for females. Those are misconceptions that I am hoping to change and through volunteering with the Perry Initiative and various medical school interest groups, I am a huge advocate for females going into orthopedic surgery.”

Baldwin said she is excited to be a trail blazer by being the first female orthopedic surgeon for Nemours in Florida. She will treat children with a wide variety of orthopedic issues, including spine and neurodevelopmental disorders, spina bifida, and spinal muscular atrophy. She especially looks forward to continuing her work with patients with CP, a subspecialty in which she has done important research.

The thing she most enjoys about her work is when she can help children get back to being children and young adults.

“I love to see them going back to playing with friends or to the sports they love,” she said. “I really enjoy building a relationship with the children and their families and being able to care for the children from a young age to adulthood. It is also amazing to help be part of a team that helps kids keep or restore their mobility.”

She said an important trend is doing single event multi-level surgery (SELMS). This allows the children to undergo one large operation with one recovery/rehab period. Baldwin said it allows them to rehab better and retain more of their function.

There have been major advancements made over the past 10 to 15 years treating areas of focus in orthopedics including spine and neurodevelopmental disorders, spina bifida, and spinal muscular atrophy.

“There has been further understanding of the genetics and basic science aspect of these diseases which has brought forth medications to help slow the progression of some of these diseases,” Baldwin said. “We have also developed better implants which allow us to accomplish more with surgery and obtain better outcomes.”

Outside of work, Baldwin loves outdoor activities, including running, and enjoys trying out new restaurants. She looks forward to introducing her parents and siblings, who all live in different states, to all that Florida has to offer.

In addition to Nemours internationally-recognized children's health system that owns and operates two free-standing children’s hospitals, Nemours also powers the world’s most-visited website for information on the health of children and teens, KidsHealth.org, and offers on-demand, online video patient visits through Nemours CareConnect. Nemours ReadingBrightstart.org is a program dedicated to preventing reading failure in young children, grounded in Nemours’ understanding that child health and learning are inextricably linked, and that reading level is a strong predictor of adult health.

The not-for-profit Lakeland Regional Health reaches beyond its hospital walls to promote wellness, education and discovery in new places and new ways, providing a wide range of inpatient and outpatient healthcare services at its Medical Center, Hollis Cancer Center and ambulatory care locations.