The Impact of Sexual Abuse of Boys 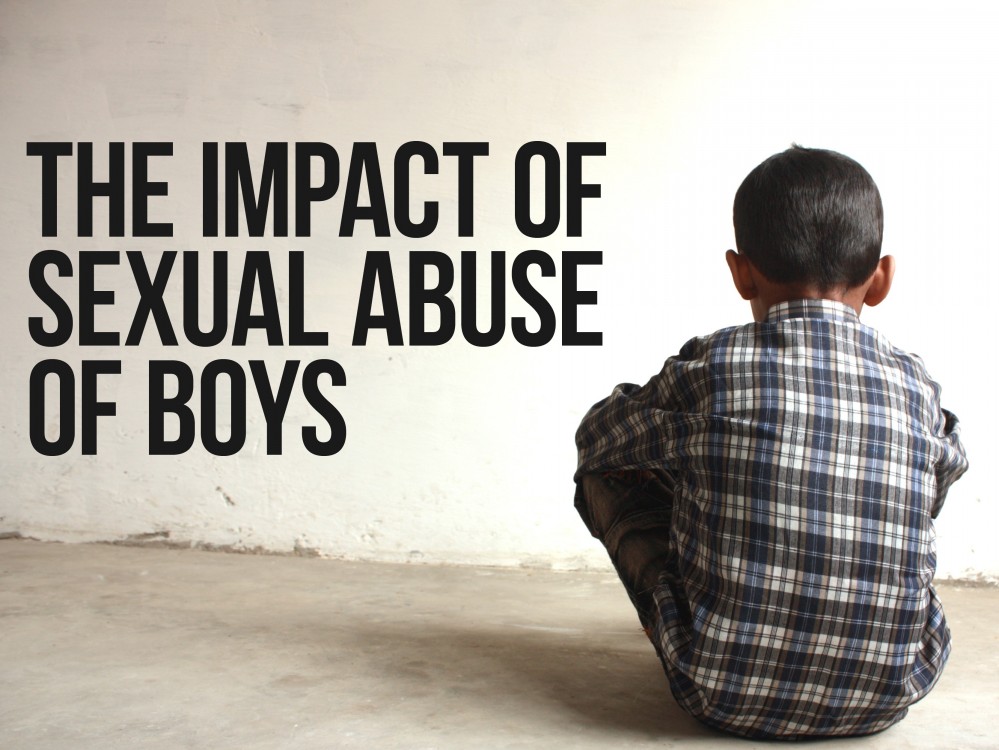 We’ve all heard the words, either uttered by our parents, an uncle, grandparent or friends’ parents…....... Man up, Don’t Cry! Be a Man, Pick yourself up, Don’t show emotions and we see our friends clam up, shut down and shrink back, being a little quieter than they were before.

As kids, we didn’t get it – we were all told a similar story – Men are ‘strong,’ women are ‘weak,’ breeding an environment of silence and in many cases, abuse.

According to a CDC Study in 2006, 1 in 4 women and 1 in 6 men have been sexually abused before the age of 18.  This means there are more than 42 million adult survivors of child sexual abuse in the U.S. and 73 percent of child victims do not tell anyone about the abuse for at least a year. Forty-five percent of victims do not tell anyone for at least five years. Some never disclose, (Smith et al., 2000; Broman-Fulks et al., 2007).

Much like we talked about last month, the likelihood of you having treated a patient who has suffered sexual abuse is very high; given victims don’t disclose as they experience shame and guilt, men who have such experiences are less likely to disclose them than are females.1

This is another silent crime happening in our communities and the long-term effects of not only experiencing abuse, having to hide and bury it deep down inside, can be devastating.  If you recall, we referred to a CDC study from 2016 stating in the United States we spent over $124 Billion dollars on treating chronic illnesses that arose from untreated childhood trauma. You are now beginning to see a correlation with late term diabetes, heart disease, arthritis and other chronic illnesses.

Why don’t we know about this? And an even better question is, what are we going to do to not only interrupt the silence your patients may be suffering, what can you do now to help your male patients who may be exhibiting signs for future chronic illnesses or managing an undisclosed mental illness?

Let’s start with a brief history of the ‘manly men’ syndrome or as we later coined it “toxic masculinity.” One of my favorite documentaries I invite everyone to watch with their family is “The Mask You Live In” because it addresses the beginning of, and impact of telling boys they can only have two emotions, happy or angry.

Nothing in-between works for them or they’ll be called names. So, an 11-year-old boy, who has all the emotions of an 11-year-old girl, has only one way to display them that is ‘acceptable’ – anger. So, fights, arguments, bullying begins. They have no control of how it’s expressed. All they know is they can’t cry or show any other emotion that would be considered “weak,” otherwise, they are the next target.

This began as far back as we can remember, when men were ‘trained’ to fight to protect the realm and women, cooked, gathered food, bore children and ‘kept the home fires burning.’  Men had to be strong, virile, show no weakness. Ever.

And that has been passed on for generation after generation. Every culture has their version of it. Indigenous warriors had to run miles holding water in their mouth and learn to hunt to prove they’re were a man. In Africa, there were tribes that circumcised their young boys publicly and then sent them out to kill a lion. It was all about hiding emotions, proving they were strong. We all carry that same DNA and generational trauma.

This has greatly impacted our society and the willingness of men to disclose abuse or harm that has happened to them, because somewhere in the tiny recesses of their brain, they should ‘have known better’ or ‘done something to stop it’ from a societal perspective.

Now we can start to see a pattern forming; millions of men have been traumatized, carrying that around in their cells, end up in your office wondering why they are having chest pains, on the verge of diabetes or high blood pressure with little to no family history of those diseases.

Now, how do you, as a health professional, in 15 minutes have a patient open up about possible past experiences that may result in their current trip to your office? Great question which I’ll address here.

If there is no family history of their current experiences, that is a GREAT place to start asking some additional questions. The ACE scores test is a great place to start – it takes minutes for them to answer and you’ll get better insight into what they may have never disclosed.  Just like we coach parents to begin with a question or a fact...it’s safe, sharing a fact or a story to have someone open up.  I recommend you and your team come up with appropriate questions for your practice and patient group.

Here are some idea starters:

“I learned that childhood trauma can impact us as adult – in fact, the CDC did a study about it….”

“I see you have no family history of diabetes, have you been under more stress than usual?”

“Have you ever heard of ACE Scores, Adverse Childhood Experiences? We’ve discovered they actually impact us as adults in some interesting ways. Even the one everyone seems to deal with, divorce, affects our bodies…” Leaving space for them to fill in the blank and take the test.

Simple questions can begin to have a patient open up and share. Almost every time I go speak, someone lingers and comes up to me at the end and says “you know, I’ve always wondered what it was called, what happened to me…now I know, thank you for coming to speak with us.”  The one that breaks my heart is when they say “I never told anyone…”  or  “you’re the first person I’ve told.”

The level of guilt and shame is magnified for men. With the societal expectations placed on them, it’s easy to understand why they wouldn’t share. It’s our job to educate you enough that you can begin to ask some new questions that may open up a new pathway to healing.

Children that are victims of abuse or witnessed abuse are far more likely to fall prey to predators, both on and offline. The neuronal patters have altered as a child. There is a brilliant article from the National Institute of Health, The Neurobiology of Attachment to Nurturing and Abusive Caregivers that explores the deep recesses of the brain and how it deals with trauma, however, this one sentence summed it all up for me.

“A child attaches to the caregiver regardless of the quality of care received, even if the caregiver is abusive and neglectful. While a neural system that ensures attachment regardless of the quality of care has immediate benefits, this attachment comes with a high cost. Traumatic experiences interact with genetics to change the structure and function of the brain, compromising emotional and cognitive development and initiating a pathway to pathology.”

Remember 1 in 6 men are sexually abused. The brain of the abused child intertwines pleasure and pain. Trauma bonding is real. We are wired for love, connection and intimacy and if we don’t get it at home, we will find it.  That can lead to being groomed and recruited into trafficking. Both on Social Media and video games is where predators go to recruit young men and boys, promising to help them up level or offer money for pictures.

What’s interesting is according to the International Labor Office, Boys only make up about 5% of trafficking victims, while a study in New York said it’s make up between 35% - 46% of sex trafficking victims in the US. Labor trafficking is a whole other subset of human trafficking. Boys and men make up 90% of labor exploitation around the world according to the Counter-Trafficking Data Collaborative.  If you love data, you could get lost in all the information they have, it’s insightful and eye opening.

Now you have a little more insight to the reality of boys and men being victims of both sexual abuse and human trafficking, here are some signs to look for in men and boys are similar to women, with some unique things to look for that will provide a space for you to ask additional question, so you can provide both the medical and mental wellbeing they deserve.

(some of the above, plus)

“The number 1 preventable risk factor for mental illness and substance abuse, childhood maltreatment in all its forms, insidious or obvious, is a significant public health problem. A history of maltreatment is associated with a wide range of psychiatric disorders as well as stress-related medical conditions such as heart disease and diabetes. The lifetime consequences of early maltreatment on mental and physical health amplifies the toll on individuals and families, whose lives are often disrupted, and on society at large due to the enormous direct and indirect costs of illness or less overt behavioral issues.”3

As a medical professional you know what to look for to treat heart disease and diabetes, now you can begin to learn the source of these diseases when there is no apparent reason for the onset of the illness. We can prevent these diseases and disrupt the cycle of abuse and exploitation.

There are resources for male survivors of abuse or trafficking. Here are a few:

Powerful group that connects survivors with resources they need. Male survivor is dedicated to providing personalized support for men at every stage of the healing process.

USIAHT has the only safe home for boys that are survivors of human trafficking.

The most important thing to remember, is the level of shame, guilt and fear that has covered up the experience. With some care and compassion, you can get them assistance they need.

This conversation can save lives and renew hope for those who’ve lost it. I shared with a few male friends about the information I found writing this article. It gave me an opportunity to have very deep conversations regarding the impact of childhood trauma, how it affects the neural pathways and what to do about it.  They are beginning to see things differently; that they are not broken, they didn’t do anything to deserve the abuse.  Yes, it happened and now they have access to getting what they need to alter the patterns and get freed up from the experiences they are living.

As a medical professional, you have the opportunity to be that daily with your patients. A few extra minutes, asking an additional question or two, can literally save a life.

Thanks for being that for another. 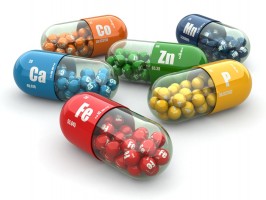 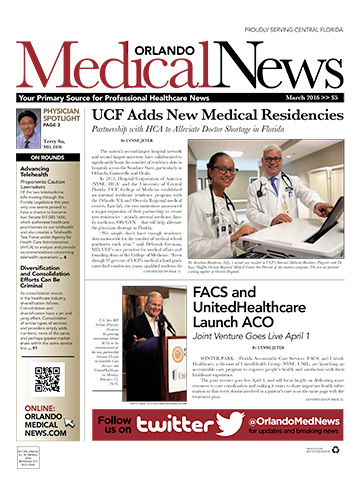