In Other Words…To Screen or Not to Screen?  That is no Longer the Question 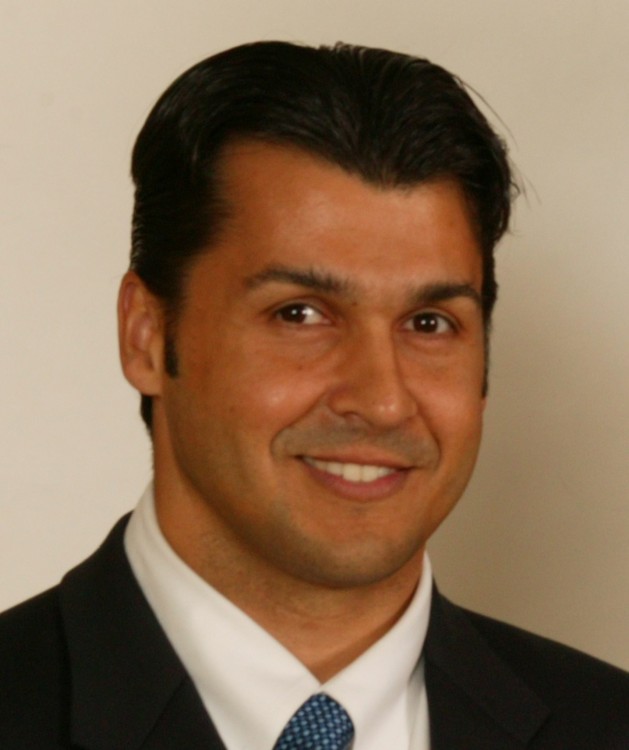 This month we shine the spotlight on Dr. Rick Ramnath, a principal at NeuroSkeletal Imaging in Orlando, Merritt Island and Melbourne, who is Board-certified in Diagnostic Radiology by the American Board of Radiology.

Before arriving in Central Florida, he was the Chief Resident in Diagnostic Radiology and Chief Fellow in Musculoskeletal Radiology at Harvard Medical School/Massachusetts General Hospital.

In this edition of In Other Words, he discusses for area providers advanced knowledge of low-dose CT scan screening for lung cancer.

In Other Words…. Rick Ramnath, MD

I distinctly remember, that when I was a child, my mom would tell me, “An apple a day keeps the doctor away,” just before she would pry my reluctant mouth open to receive my daily bolus of fruits and vegetables. In the same vein, the expression “an ounce of prevention is worth more than a pound of cure,” is another one of her frequently used adages. Little did I know that those sage proverbs would forty years later…eh hem…several years later, be applicable to my position as a radiologist advocating for the use of low-dose screening lung cancer CT scans.

As of the most recent data, 135,720 people die annually from lung cancer, which surpasses deaths due to breast cancer, prostate cancer, and colon cancer combined! Despite this high death rate, the general public seems to still be under the impression that breast cancer and prostate cancer should be the more feared cancers. It is true that those cancers are far more common, but when combined with survivability, lung cancer should be considered enemy #1.  According to the American Lung Association 2020 “State of Lung Cancer” report, the all stages 5-year survival for lung cancer is 22.6 percent, which is a slight improvement over 2019 survival. But let’s not celebrate too quickly. We are still in a dismal situation, especially considering that 47 percent of lung cancers are diagnosed at a late stage equating to a dire 6 percent 5-year survival.

Even more chilling, the American Lung Association report tells us that people of color face worse outcomes than their Caucasian counterparts in terms of early diagnosis and likelihood of receiving potential life-saving surgical treatment.

The good news is, and, yes, there is good news, our surgical approaches and techniques have so improved over the decades that the World Journal of Radiology reports a 92 percent 5-year survival in patients diagnosed with Stage 1A1 non-small cell lung cancer. How incredibly encouraging! If only we could diagnose more patients at such an early stage, there would be a drastic improvement in lung cancer survival. The biggest obstacle is, of course, that in early stages lung cancer is asymptomatic. This is where screening comes in.

The discussion of screening for lung cancer is certainly not anything new. In fact, the authors in an article published in the Lancet in 1999 stated, “Low-dose CT can greatly improve the likelihood of detection of small non-calcified nodules, and thus of lung cancer at an earlier and potentially more curable stage.” Since then, there has been significant debate in academia as to the cost vs. benefits of low-dose screening CT scans for screening for lung cancer. Meanwhile, there had never been a uniformly accepted method of screening with many physicians opting for “occasional” chest x-rays for patients with heavy smoking histories. Most patients would end up having sputum cytology or imaging study only after symptoms arose.

Radiologists who interpret chest CTs have always known that CT scans were far superior to chest x-rays for detection of small nodules, but putting meat onto the bone of the screening debate would not happen until the results of a large trial could be completed.

Enter the National Cancer Institute’s multi-center National Lung Screening Trial, which enrolled 53,454 patients and randomly assigned patients to either an annual chest x-ray arm or a low-dose CT scan arm. A low-dose CT scan refers to a CT scan with a significantly reduced amount of radiation compared to a routine CT.  In fact, the radiation dose is 72 percent lower at 1.5 milli-Sieverts (mSV), just low enough to keep radiation at a minimum, and just high enough to maintain diagnostic accuracy. The results were incredible and finally gave some scientific backing behind the intuition of radiologists. The study showed a 20 percent reduction in lung cancer mortality in the CT scan group compared to the chest x-ray group.

Shortly thereafter, the United States Preventive Services Task Force evaluated the trial data along with other smaller screening studies and gave a “B” rating to using low-dose screening CT scans for patients with a history of smoking. If your kids are anything like mine, if they got a “B” rating from their teachers, they would lock themselves in their rooms and binge-watch their favorite Netflix shows until they were forcibly extricated. However, a “B” rating from the USPSTF is high enough to compel policy makers to adopt the recommendations as it means it has “a high certainty that the net benefit is moderate” or that it “has a moderate certainty that the net benefit is moderate to substantial.”

With that, multiple medical organizations got behind the use of low dose-screening CT scans including the American College of Radiology (naturally), the American Society of Clinical Oncology, the American Association for Thoracic Surgery, the National Cancer Institute, and the American Cancer Society. But most important of all is that the Centers for Medicare and Medicaid Services (CMS) adopted the USPSTF recommendations for all Medicare recipients as long as they met certain criteria.

Those “certain criteria” are admittedly sometimes confusing and quite arbitrary but are based on the enrollee criteria used by the National Lung Screening Trial. Specifically, to qualify for a low-dose screening CT scan, a patient must be between the ages of 55 and 77 for Medicare (55-80 for private payers), have a 30 pack-year history of smoking (# of packs/day multiplied by number of years smoked), are current smokers or quit within the last 15 years, and have no symptoms related to lung cancer. Patients are also required to receive smoking cessation literature and a shared decision-making visit with their health care provider.

In that shared-decision making visit, the healthcare provider should discuss both the benefits and risks of a low-dose CT scan. The most publicized “risk” is the incidence of false-positive results. These false positives typically arise from non-specific nodules that can lead to either more frequent follow-up scans, PET scans, bronchoscopy, biopsy, or surgery. However, the overall false positive rate is currently close to 12 percent, which is very close to the known false positive rate of another widely used screening study, mammography. The false positive rate has been kept very low because of very strict reporting criteria (Lung-RADS) used by radiologists at ACR-designated lung screening centers.

The other risk to discuss is the radiation exposure. Much has been written about the theoretical risk of CT scan radiation-induced cancers and the only true documented correlation comes from two studies looking at CT scans in the pediatric population. If one analyzed those reports, you would find some serious study design flaws that puts some question marks on the actual degree of correlation and certainly calls into question any sort of causation. The evidence is even more scant in the adult population with risk assessments being calculated based on theoretical extrapolations from Hiroshima and Nagasaki survivor data. According to the FDA, the theoretical increased risk of cancer due to a 10 mSV CT scan increases the average cancer risk of 400 in 2000 to 401 in 2000. Considering that a low-dose screening CT radiation dose is only 1.5 mSV, that theoretical risk is even lower.

Since the adoption of screening CT scans by CMS and insurance companies, many patients have had cancers detected at early stages and had their lives spared from the ravages of lung cancer. The good news: screening is working! The bad news: we are not screening enough! Many have criticized the National Lung Trial and CMS eligibility criteria as too restrictive. That criticism may actually have some serious merit as recently shown by a large trial performed in Belgium and the Netherlands: Nederlands-Leuvens Longkanker Screenings Onderzoek (NELSON for short). This trial enrolled over 15000 patients and compared low dose CT scans to no screening at all. The eligibility criteria were a little more expansive with the earliest age starting at 50 (instead of 55) and the smoking history varying from 15 to 20 pack-years (instead of 30). The European study not only confirmed the positive benefit of screening CT scans, but also showed an even greater reduction in lung cancer mortality: 44 percent reduction! Many attribute this to the expanded eligibility of the patients enrolled and allowed the investigators to catch 69 percent of the cancers in Stage 1.

Not wasting any time, the USPSTF got back to work and evaluated the new NELSON trial data along with all previous study data and, on July 7, 2020, released new draft recommendations which would do two major things to the current eligibility criteria: 1) Reduce the earliest eligible age from 55 to 50 and 2) Reduce the smoking history requirement from 30 pack-years to 20. The impact of these two seemingly small changes was not lost on the USPSTF team. The task force believes if CMS adopts these changes, this will double the number of eligible patients and have a direct positive impact especially among women and African Americans.

As Dr. Michael Barry of the Task Force elaborates, “New evidence provides proof that there are real benefits to starting to screen at a younger age and among people with a lighter smoking history. We can not only save more lives, we can also help people stay healthy longer.” And Dr. John Wong, also of the Task Force, expands, “Making screening for lung cancer available to people who have smoked less over time will help doctors support the health—and potentially save the lives—of more of their African-American and female patients.”

As we await final approval of the Task Force draft recommendations, we as health care providers need to understand that recommendations are only as good as how well they are implemented in our everyday practice. The Journal of the National Cancer Institute in November 2020 tells us we are not doing a very good job of screening our patients, with only 5 percent of all those eligible obtaining a CT scan. The American Lung Association 2020 Report further confirms this with their estimate of 5.7 percent. This rate is woefully lower than the estimated 45 percent colonoscopy screening rate and 65 percent mammography screening rate.

As we move forward into 2021, many of us will say good riddance to 2020 and look forward to vaccinations and the eventual (fingers-crossed) containment of the COVID pandemic. But as all-encompassing as the COVID headlines can be, we cannot take our eye off the ball that is the unwavering war lung cancer is waging on our patients. Let’s collectively do our best to get our patients screened. The war against lung cancer for me is more than a professional mandate, it is a personal one. This is a war that was lost by my own mom in 2015 and her brother in 2019. Those words my mom spoke to me as a child refusing his daily fruit and vegetable bolus have a resounding relevance today. Her memory and her words now serve as my motivation to have all of our patients eat the proverbial apple a day.