The Orphan Drug Designation program provides orphan status to drugs and biologics which are defined as those intended for the treatment, prevention or diagnosis of a rare disease or condition, which is one that affects less than 200,000 persons in the United States or meets cost recovery provisions of the act. The status helps incentivize the treatment of therapies to treat unmet medical needs by providing a company with seven years of exclusivity rights once a drug reaches market.

Pancreatic cancer is the fourth leading cause of cancer deaths in the United States and the only cancer, among those most commonly diagnosed, with a five-year survival rate at just six percent, according to the Pancreatic Cancer Action Network.

AIM recently announced receipt of statistically significant positive pancreatic cancer survival results from a multi-year Early Access Program conducted at Erasmus University Medical Center in the Netherlands. The median overall survival was approximately two-fold higher – that is 200% – in the Ampligen arm, as compared to a historical control cohort matched for age, gender, stage of disease and number of cycles of Folfirinox therapy.

“This study data demonstrates that Ampligen has the potential to extend the survival rates of people suffering with pancreatic cancer significantly when compared to the traditional standard of care for this deadly disease,” said AIM CEO Thomas K. Equels.

AIM ImmunoTech Inc. is an immuno-pharma company focused on the research and development of therapeutics to treat multiple types of cancers, immune disorders, and viral diseases, including COVID-19, the disease caused by the SARS-CoV-2 virus. 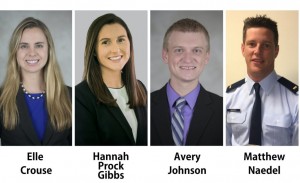