MIAMI - Six Florida congressional districts have some of the nation’s highest prevalence levels of Alzheimer’s disease and related dementias (ADRD) among Black and Latino Americans in the traditional Medicare program, according to a new analysis by the UsAgainstAlzheimer’s Center for Brain Health Equity.

The data brief found that Florida’s 23rd, 24th, 25th, 26th, and 27th districts were among those where Latino Americans are most impacted by Alzheimer’s. Additionally, Florida’s 2nd district was among those where Black Americans are most impacted by Alzheimer’s. Across the six districts, the average prevalence level of Alzheimer’s disease and related dementias (ADRD) is 11.46%, according to Medicare Fee for Service 2016 data.

UsAgainstAlzheimer’s and the Urban Institute, with support from the National Minority Quality Forum (NMQF), analyzed Medicare and other socioeconomic data to identify trends related to social determinants of health (SDOH) in the communities most impacted by Alzheimer’s. SDOH that impacted Alzheimer’s diagnosis included household income, health insurance, and access to exercise opportunities.

With 40,543 people living with ADRD in the six districts, the total Medicare fee-for-service costs spent on ADRD beneficiaries in the districts totaled $1,167,180,349 in 2016. Addressing the impact of ADRD on Black and Latino families will require public health policy interventions at the local and national levels.

“A greater understanding of Alzheimer’s and the ways to prevent, delay, or treat the disease is creating new hope for millions of individuals and families, but ensuring that hope reaches all families regardless of race, ethnicity, income, or zip code will take greater commitment, investment, and policy change centered in health equity and social change,” said Stephanie Monroe, executive director of AfricanAmericansAgainstAlzheimer’s, a network of UsAgainstAlzheimer’s.

Despite higher risk of diagnosis, Black and Latino Americans living with dementia are:

By identifying the 41 congressional districts that correspond with the top 25 counties where Black and Latino Americans are most impacted by Alzheimer’s, the brief highlights the pervasive systemic inequities that might contribute to higher rates of ADRD diagnoses among communities of color.

“Where people are born, live, learn, work, and play can have a profound effect on a person’s health, including their risk for Alzheimer’s disease and related dementias, and these social determinants of health cause a ripple effect of inequities, including in brain health among Latino and Black Americans,” said Jason Resendez, Executive Director of the UsAgainstAlzheimer’s Center for Brain Health Equity.  “There has never been a more urgent time to bend the curve of the Alzheimer’s in communities of color. If nothing is done, by 2030, nearly 40 percent of all Americans living with Alzheimer’s will be Latino or Black.”

The data brief has inspired UsAgainstAlzheimer’s to call on Congress and the White House to take action in four policy areas:

A link to the full data brief can be found here.

UsAgainstAlzheimer’s exists to conquer Alzheimer’s disease. We take on the toughest problems; bring all of “Us” together to break down barriers; advocate for research that will speed treatments to market; and drive changes that matter most to people living with the disease. We will not rest until brain-span equals lifespan - for everyone. 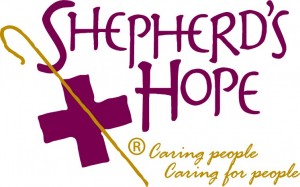