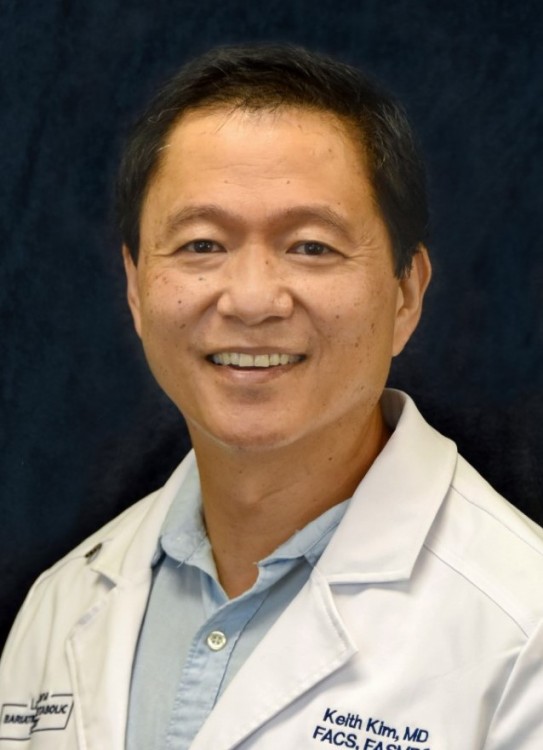 Dr. Kim is most recognized for his role as an innovator and pioneer in the field of robotic bariatric surgery. He attended the University of North Carolina at Chapel Hill as a prestigious John Motley Morehead Scholar and graduated with a degree in chemistry with distinction. He earned his medical degree, with honors, from the University of North Carolina School of Medicine, where he also obtained his surgical training as an intern and resident.

As a bariatric surgeon, Dr. Kim has performed over 6,000 surgeries, including the Roux-en-y Gastric Bypass, Sleeve Gastrectomy, Duodenal Switch Procedure, Adjustable Gastric Band, and complex revisional surgeries. As a pioneer and a recognized global leader in robotic bariatric surgery, he developed a technique for performing a totally robotic Roux-en-Y gastric bypass that has been taught to other surgeons around the world. He has currently performed nearly 3,000 robotic bariatric surgeries including over 300 complex revisional surgeries

He sat down for a Q&A on his development as a physician, his practice and his efforts to give back to the medical community.

What drew you to the medical field?

Dr. Kim: My parents moved our family to the United States from South Korea when I was a child, so my siblings and I could have better educational opportunities. My parents gave up everything to move to a country where they didn’t know anyone. From the very beginning, I always said I wanted to be a surgeon, because I wanted to maximize the opportunities that my parents gave me. I also knew I wanted to directly help people in a meaningful way.

You started your career as a general surgeon. What led you to specialize in bariatric surgery?

When I first started as a surgeon, one of the other physicians suggested I start doing bariatric surgery because of my technical skillset. I was shadowing a bariatric surgeon and talking to a patient who was a few months post-operation when she told me about the first time she could tie her shoes, and it made me realize there was so much more to people’s diseases and what we could do for them. Obesity doesn’t just affect an individual’s health; it affects their entire life in the most profound ways that physicians don’t always think about. Realizing the impact bariatric surgery can have on someone’s sense of self-worth, in addition to increasing longevity, is the moment I knew I was on the right path.

How has the use of robotics changed your practice?

I’ve been through two transitions in my career – the transition from open surgery to laparoscopic and minimally invasive surgery and the transition to the use of robotics. When I was training, most complex surgeries were still done completely open. One of the things that intrigued me about bariatric surgery was that there was a relatively early adoption of laparoscopy, so when I started performing bariatric surgery in 2000, I learned to do them laparoscopically. Then eight years later, in 2008, I was first exposed to the robot, which I started using in 2009 – still very early in the adoption of robotics. It was very obvious to me the first time I saw a robotic surgery being performed that it was a much more precise and elegant way of performing an operation, and so I put all of my energy into trying to master everything about the robot.  At one point, I had done more robotic bariatric surgeries than anyone in the world, just because so few people were using the robot. As a bariatric surgeon, I have completed more than 6,000 bariatric surgeries and nearly 3,000 of those have been robotic.  Additionally, the robot allowed me to specialize in more complex revisional surgeries, so I have strong experience in performing those as well.

You developed a technique for the performance of totally robotic Roux-en-Y gastric bypass that has been taught globally. What led to its development, and why is this technique so important?

When I started learning to perform robotic bariatric surgery, it was done typically as a hybrid procedure where the robot was used for only portions of the procedure. Additionally, use of the robot took significantly longer than doing the procedure purely laparoscopically. I went into it determined I was going to transition to robotics and set three goals: I wanted to make sure the clinical outcomes were just as good, if not better, than laparoscopic bariatric surgery; I wanted to develop a technique to perform the entire case robotically; and I wanted to get the robotic operative times comparable to the laparoscopic operative times.  Once I achieved a completely robotic approach to the most common bariatric surgery at the time, the Roux-en-Y gastric bypass, it generated a lot of international attention, and I was invited to share my technique and outcomes data in meetings around the world.  I was very methodical in my approach and spent a lot of time early on reviewing videos of my procedure to constantly improve what I was doing.  When I started teaching my technique to others, it eliminated many aspects of the learning curve for them and facilitated the transition to robotic surgery.

Why is it important to you to give back to the medical field through education and mentoring?

I believe the most important thing for all of us in medicine is patient care and optimal patient outcome. Much of what I know today is because I have had great surgeons mentor me and share their knowledge, skills and experience with me.  I believe that surgeons are generous in sharing their knowledge and experience with others because they want to help ensure optimal patient outcomes. Because of my early involvement with the robot, I was given the chance to be a mentor to others.  Not only have I traveled extensively to lecture and perform surgeries, but I have had surgeons from all over the world come to my operating room to watch and learn.  I was always humbled by the effort they took to do this, and it was a privilege to be able to share my experience.  I believe that robotics and the platform it represents, which is a digital interface between the surgeon and the patient, is the future of surgery.  I have tried to maximize what I give back to the medical field in this specific area, not only through teaching others what I know, but also through publishing and through involvement in innovation and future product development.  I collaborated with the leading robotic surgeons around the world in all areas of general surgery and edited one of the first comprehensive textbooks on the use of robotics in general surgery.  Additionally, I have been very involved with the development of other robotic platforms as well as emerging platforms in computer learning and artificial intelligence.

What misconceptions exist about obesity and bariatric surgery?

Everyone has a weight range that their body thinks is normal, and the body will do everything it can to defend that weight range. For those who suffer from the disease of obesity, what is broken is not their behavior, but their weight range.  This means that their body will defend an unhealthy weight range, and this is very difficult to overcome even with healthy eating habits and an active lifestyle.  While bariatric surgery does not necessarily change the weight range, it does lead to physiological changes that have profound effects to assist patients in losing weight. However, surgery is not a cure; it is a tool, and it takes lifelong commitments to maintain success. This is why it is important to engage patients in a lifelong program to ensure continued success.

What brought you to this position at Lake Nona Bariatric and Metabolic Surgery?

UCF Lake Nona Medical Center is intended to be a world-class hub for optimal patient care, innovation and research, and teaching, which is in line with what I have pursued my entire career.  It is an extreme privilege to join a medical center that has been created for that purpose at the ground level in a community that is specifically focused on medical innovation and research.

How do you achieve a work-life balance?

My wife and two kids help me maintain a work-life balance. Until relatively recently, my wife home-schooled our two children, which was amazing in that the learning was more integrated into our family life. The topics of learning were integrated into dinner conversations and a flexible schedule allowed for trips to supplement the learning.  Both my children play musical instruments so there is always music in the house.  We play a lot of tennis and enjoy spending time outdoors biking. We’re also all voracious readers (I get most of my content off the internet), and we love discussing what we’re currently reading and learning. 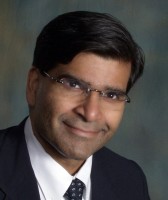 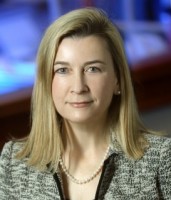 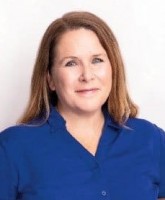 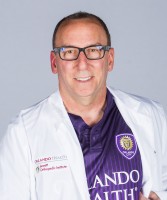