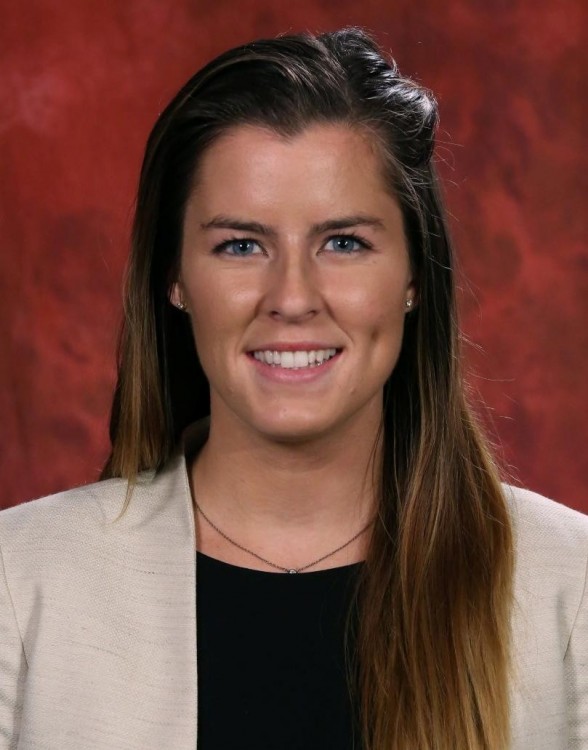 As a medical student, it’s easy to feel useless, burdensome or just in the way. As hard as I work, I don’t feel as though I’ve earned my white coat. If this were a hit TV show and someone “went down” on a plane, I wouldn’t possess the skills needed to help them. It feels like a sham, the infamous “imposter syndrome.” I am incredibly grateful for the doctors who take the time out of their busy schedules to help train me and I’ve frequently wished I was more helpful to “make up” for the time they dedicated to me. But how? It took me three and a half years to realize that I can still contribute, even if I haven’t finely tuned my medical skills yet.

I hear the PA announcement I‘ve heard so many times before but today is different. Today, I am on my first night of trauma surgery call. That alert is for me.

I make my way to the trauma room, don my lead, and find my place in the hot, crowded room close enough to see but far enough not to interfere. I learn that we have a Jon Doe who was thrown from his motorcycle and is presenting with fluctuating consciousness and an open fracture of the lower extremity. He struggles to answer our questions, but we suspect his age to be 50s and the port in his abdomen tells us he is on dialysis. Examination reveals two open fractures but nothing else that needs emergent attention, making this an orthopedic case instead of trauma. As a student wanting to pursue orthopedics, I’m intrigued.

I look around the room and see a familiar face, the kind anesthesiologist I had met earlier this week. I ask, “I’d love to watch this surgery, where should I go so that I don’t miss it?” He gave a small chuckle and flashed his kind smile, then said “Just don’t leave his side and it’ll be impossible to miss.” So that’s what I did. I stayed with him while we did CT scans of every inch of his body and learned he had numerous rib fractures and a pelvic avulsion fracture but no intracranial abnormalities. I stayed while the nurse called his daughter for collateral information and learned that he had coronary artery disease and type 2 diabetes and was taking metoprolol and Plavix. I stayed as the charge nurse called dozens of people, trying to create surgical teams from the skeleton crew of a busy Friday night. I felt honored to be witnessing this, even though I had nothing to offer.

When the orthopedic surgeon on call came to the pre-op area, after having completed his 7th surgery of the day, I introduced myself and asked if I could partake. He happily agreed then asked, “Do you know anything about this trauma case? All I heard was some fractures but there’s no notes in his chart yet.”

Actually, yes, I did. What I thought was tagging along was actually gathering information. I had been with this patient since the moment he entered the hospital, so I actually knew more than anyone else. After presenting the patient, my doctor replied “Great, that’s everything I needed to know. Go get scrubbed in.”

I’ll spare you the gruesome details by saying the patient was not in good shape. The surgery took a while, as we frequently had to pause our work to allow the anesthesiologist to intervene when the patient destabilized. We started with his macerated tibia. We cleaned the wound and applied external fixation, a large piece of metal hardware used to realign the bones. Next on the to-do list was the open fracture of the patient’s elbow. Since I was scrubbed in, I was able to assist the surgeon with the elbow while his PA finished closing the leg, placing sutures and applying the appropriate bandaging to prevent infection, a lengthy process.

As we leave the operating room, the surgeon asks if I would like to scrub in for his next surgery, too. Next surgery? It’s 11 o’clock on a Friday night? He explains that, thanks to my unexpected help, he was able to finish the trauma case an hour sooner than anticipated and he now has time for the case that got bumped because of the trauma. It’s a young woman, in her 30’s with an unstable ankle fracture. She is an officer in the army and a single mother with two young children running around at home. She is kind and calm, even though she’s worried about caring for her children and how she will perform her job with this injury. She explains that she fell from her bicycle around 11am this morning, but her operation kept getting bumped by more urgent cases and it looked like she may have to wait until the next day. She had sat for 12 hours, in pain, without food in case she could get her surgery today. I watched her face flood with relief as we informed her that we would be able to do her surgery that night.

The next day, I went to check on her. The patient’s mother had brought the children to visit. While holding the younger child snuggled in her bed, she pointed at me and said, “That’s the nice lady I was telling you about who helped me get my surgery yesterday.” She explained that getting her surgery done last night meant she could leave today, instead of an additional day in the hospital had the surgery been delayed.

That’s when I realized it. I may have a lot left to learn, but that doesn’t make me useless. If I had left when the motorcyclists care was deemed “orthopedic” not trauma; If I had left while he got his imaging done; If I had left while the nurse called family to get medical history. If I had left, I wouldn’t have obtained the complete patient history that I did. I wouldn’t have been able to help the surgeon. The young mother’s surgery would have been delayed and she would have spent another day away from her children. I made a difference that day. And I continue to make a difference every day.

It was certainly a relief to realize I was not useless. But it was also a perfect example of the difference between a good doctor and a great doctor. It was not my medical skills that made me helpful, it was my “human skills” of being engaged, attentive, and caring. Medical training may make you a good doctor, but compassionate care makes you a great doctor. Furthering my medical skills may provide me a MD behind my name but treating patients like people and not pathologies will earn me my white coat.