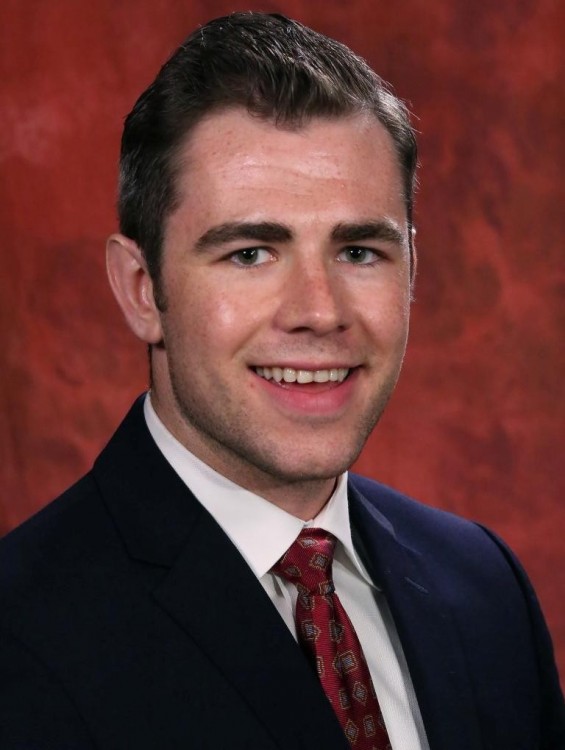 “She’s sitting over there in the corner finishing up her infusion; she’s looking forward to meeting you.” The nurse directed me to a woman sitting alone, and as I walked towards her, I wondered why she would be looking forward to meeting me. I was there to prepare a presentation on a novel drug for refractory triple negative breast cancer to a local oncologic journal club. She was the first patient in the area who had received the drug, and the oncologist I was presenting with thought it would be a great learning experience for me to meet her. Like any good medical student, I had read the oncologist’s H&P to learn more about her and the cancer growing within her. Her story was far from straight forward. Two separate treatments had failed, and she undertook this third treatment with the expressed understanding that disease remission was not the goal. In addition to the cancer, she had been hospitalized earlier in the year due to a covid-19 infection. Her medical record painted a very bleak picture of her on the covid ward, in the basement of the hospital, sitting at death’s doorstep. She contracted the virus after seeking a second opinion for her recurrent cancer. She lived just 6 months in remission before the cancer returned, only to spend a month on the covid floor. However, she recovered, gained the strength to be discharged, and was now trying this novel chemotherapy.

Without the pressures of seeing other patients, I spent more time with her, and inquired about more than just her disease and treatments. She obliged my inquisitive nature, and opened her life story to me. She told me how she as a young nurse fell in love with and married a caring, hardworking, and devotedly religious man who diligently toiled through medical school to graduate into a well-known surgical residency. Their children soon followed and their family grew. All of their children pursued professional degrees in medicine and academia, attending prestigious and highly regarded institutions in the process. With her children grown, she relocated to Daytona to care for her elderly mother, who eventually died five years ago. Within a few years of her mother’s passing, a routine screening mammography found breast cancer. She recounted the diagnosis as initially shocking because she had just retired from her job as a hospice nurse. Treatments followed, and after a period of remission, metastatic cancer appeared as an incidental imaging finding.

Though she knew the gravity of her prognosis, she kept a positive attitude as she pondered how she would spend her final months on this earth. She expressed her desire to spend time with her children and very young grandchildren, as her reason for seeking treatment revolved around the chance to spend the last part of her life with the little ones who brought her so much joy.

Suddenly her affect changed. The smile melted from her face, the sparkle of joy left her eyes, and she looked into my eyes with the seriousness of a messenger who carries a warning of impending doom. “Young man,” she said, “do not forget who you are,” and she began to share how her seemingly perfect marriage disintegrated. It began while her husband attended medical school, as young newlyweds they dreamed of one day following a missional calling to serve a community in great need of medical treatment. She understood that her husband needed to spend many hours studying and working hard to grow his skill as a physician and surgeon. But as his training continued, so did his stress, and slowly he turned his back on the dreams he once held as he self-medicated with more and more alcohol. “I married a man who loved the Lord, loved me, and fought hard for his patient’s health, but the man I divorced rejected his faith, neglected his family, and drank his way to an early death to help him cope with the stress of his job.”

Imploring me to remain vigilant, she shared of her husband’s gradual descent into alcoholism. Starting as small compromises, she watched as her husband grew distant and cold, leading to their eventual divorce. She explained that medicine will always demand more of me, and unless I actively choose to erect and maintain stable boundaries, medicine will envelop my whole being. Though the calling is noble, and the service fulfilling, allowing medicine to become my sole identity exposes me to the threat of losing all that I’ve worked hard to obtain. She urged me to purposefully devote time to my family and life outside of the hospital, for these relationships sustain and provide an identity that improves my care of patients. She lived her life within and ancillary to medicine, and with the end of her life approaching, she understood that what was cultivated outside of the hospital brought her far greater comfort than what she found within the hospital.

With this final warning, she looked at her watch, and felt like it was the proper time to part. Though her smile reappeared on her face, it was different, the exhaustion she covered so well began to wear through her mask. The combination of chemotherapy infusion and sharing difficult and painful memories from her life weakened her considerably. She held tightly to the handrails as she shuffled down the hallway to her car. She knew the death she had escaped many times before was finally subduing her. Yet, as she left the clinic that day, she told me that her death did not scare her as much as the possibility of me losing myself to medicine. Her words struck me harder than anything else I’ve experienced all year, because I have already begun to feel the pressure to neglect the other aspects of my life to devote more of myself to my career. The line between healthy, honorable self-sacrifice and malignant neglect of myself continues to elude me. It is a unique line for each of us, one that I must define for myself. I began that patient encounter seeking only to fill in the gaps from her H&P. However, I finished with the understanding that life is more than simply my calling to be a doctor. It is built from the relationships I nurture, the family I raise, the community where I reside, and the people I love. A life devoted to medicine yields many rewards, but disregarding the needs that make me human will only leave a shell of my former self as I unintentionally harm those who love me most.