The head of the nation’s top federal drug research agency, Director Nora Volkow of the National Institute on Drug Abuse (NIDA), says that she has yet to see evidence that occasional marijuana use by adults is harmful.

“There’s no evidence, to my knowledge, that occasional (adult) marijuana use has harmful effects. I don’t know of any scientific evidence of that,” Volkow said. “I don’t think it has been evaluated. We need to test it.”

The quote stood out because NIDA typically highlights possible risks of cannabis use while providing an overview of studies that run the gamut on marijuana health impacts. Volkow also said she found it “surprising” that research has indicated that cannabis consumers tend to have a lower body mass index (BMI).

“BMI is lower in marijuana users, and that was very surprising, and yet we know that high BMI, particularly the older you get, can have negative effects,” she said. “This is why we need to study it.”

However, this does not mean that the NIDA director supports marijuana commercialization efforts. Nora verbalized she is “absolutely” concerned about use by young people, and said that daily consumption of high-THC products “can have harmful effects even on the adult brain.”

But Volkow has taken a fairly level-headed approach to marijuana, pointing out potential dangers for adolescents and pregnant women, for example, while at the same time acknowledging that her expectations about the impact of state-level reforms haven’t always come to fruition.

For example, she recognized in a podcast interview released in August that cannabis legalization has not led to increased youth use despite her prior fears, and she spoke about the therapeutic potential of certain psychedelics that have long been deemed dangerous under federal law. Nora has also emphasized the need to address substance misuse with a public health lens, rather than subject people to criminalization for using drugs.

She said in an op-ed earlier this month that “stigma remains one of the biggest obstacles to confronting America’s current drug crisis,” and the government bears some responsibility in perpetuating those stigmas.

“Government policies, including criminal justice measures, often reflect—and contribute to—stigma,” she said. “When we penalize people who use drugs because of an addiction, we suggest that their use is a character flaw rather than a medical condition. And when we incarcerate addicted individuals, we decrease their access to treatment and exacerbate the personal and societal consequences of their substance use.”

Furthermore, when it comes to marijuana research, Volkow has said that scientists should be allowed to investigate products from state-legal dispensaries instead of using only government-grown plants.

NIDA separately submitted a report to congressional lawmakers emphasizing that the Schedule I status of controlled substances like cannabis is preventing or discouraging research into their potential risks and benefits.

It also said that current restrictions that block scientists from studying the actual cannabinoid products that consumers can purchase at dispensaries is impeding research to an extent that constitutes a public health concern.

To put this in perspective, these statements are extremely welcomed and beneficial to the legalization movement.  It is extremely encouraging to see a federal health official rely on the science and acknowledge that, as it stands, the evidence hasn’t pointed to serious harms for adults who occasionally use cannabis.

Also, it is a very notable admission, given that NIDA has historically gone to great lengths to highlight the potential risks of cannabis consumption.  NIDA has been notorious for only approving studies related to cannabis that will show detrimental affects of the use of cannabis, but never studies which show positive results of using cannabis on specific health issues.

This is one more of the many roadblocks to U.S. federal legalization that is slowly being removed.  As more federal agencies continue to report on the benefits of cannabis legalization in different aspects of our society (medical, research, societal benefits, etc.), it is now not if cannabis is legalized by the U.S. Government, but when. 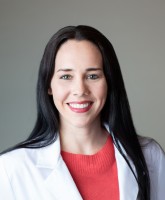 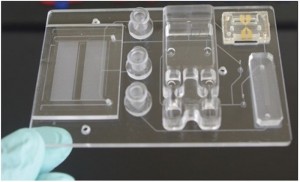 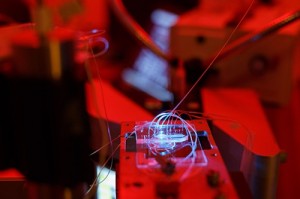 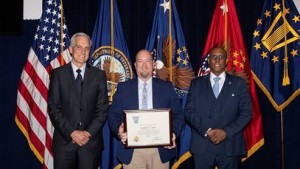