Five Orlando Health surgeons recently became Fellows of the American College of Surgeons (FACS) during their recent Convocation ceremony at the College’s virtual Clinical Congress 2021. For each surgeon who was acknowledged, the FACS designation means they’ve passed a rigorous evaluation and they’re committed to providing a high standard of surgical care. During the five-day long, annual ceremony attended by registrants from 85 countries, 2,350 surgeons from around the world received their FACS.

The five physicians, who operate in various surgical specialties across the Orlando Health system, have now earned the distinguished right to use the designation of FACS after their names. 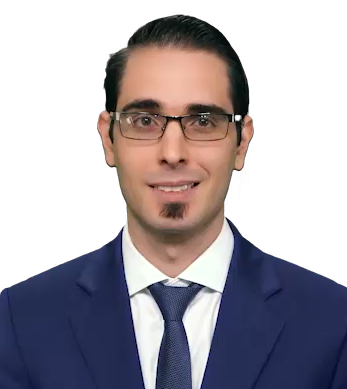 Emilio Alonso, MD is a fellowship-trained surgical oncologist with the Gastrointestinal Cancer Center at Orlando Health Cancer Institute. He is board-certified in general surgery and holds a specialty certificate in hepatobiliary and pancreatic surgery, using minimally invasive options whenever possible.

Dr. Alonso earned his medical degree and bachelor’s degree in biochemistry from the University of Florida in Gainesville. After his general surgery residency at the University of California, Riverside, he completed a fellowship in hepatobiliary and pancreatic surgery at Providence Portland Cancer Institute in Oregon.

In addition to patient care, Alonso is involved in several research projects, some of which involve translational tumor immunology and neoadjuvant chemotherapy and immunotherapy. He is a national and international presenter at medical conferences and has been published in peer-reviewed medical journals such as Molecular Pharmacology, Molecular Medicine and World Journal of Clinical Cases.

Omar Beidas, MD is a board-certified plastic and reconstructive surgeon with the Orlando Health Aesthetic and Reconstructive Surgery Institute, where he specializes in breast surgery and body contouring after weight loss. He also founded Orlando Health's "surgery after weight loss" program to increase the level of care available to the weight loss community. Commonly known as SAWL, the program is the first of its kind in the southeastern United States.

In addition to improving the appearance of the face and body, aesthetic surgery typically improves a patient's confidence, outlook and quality of life. Many patients seek aesthetic surgery to address the impact of trauma and deformities on their bodies.

Rebuilding and refinement for restored confidence are the purpose of reconstructive surgery. In conjunction with physicians across a number of specialties, Dr. Beides provides general reconstructive procedures beneficial to patients after cancer, cardiac, dermatologic and orthopedic surgeries.

While at the University of Pittsburgh, he trained with notable surgeons who developed many of the techniques used for the most complex cases and served as a clinical instructor in the department of plastic surgery at the university's medical center.

After graduating from the University of North Texas Health Science Center in Fort Worth, Texas, with a Doctor of Osteopathic Medicine degree, with Honors, she went on to complete a Urology residency at Detroit Medical Center through Michigan State University. After residency, Han completed a two-year fellowship in Female Pelvic Medicine and Reconstructive Surgery at Beaumont Hospital in Royal Oak, Michigan. She is also a previous Fulbright Scholar and Fogarty Fellow.

Dr. Han is a frequent presenter at medical conferences and has published articles and book chapters on a variety of urologic topics. She is a member of numerous professional organizations, including the American Urological Association, Society of Women in Urology, Société Internationale d’Urologie, American College of Osteopathic Surgeons, American Medical Association and American Osteopathic Association.

She is fluent in both English and Mandarin and is conversant in French.

Michael Hanna, MD is a board-certified cardiac surgeon with Orlando Heart & Vascular Institute. He completed his thoracic surgery residency from Allegheny General Hospital in Pittsburgh, Pennsylvania. He trained in all aspects of cardiac surgery including minimally invasive valve surgery, structural heart therapies including Transcatheter aortic valve replacement (TAVR) and Mitraclip as well as mechanical support devices such as LVAD and heart transplantation. During that time, he also participated in multiple clinical trials for TAVR and LVAD devices.

Dr. Hanna is a recipient of the AATS Foundation Graham fellowship grant in robotic thoracic surgery. He also has several publications in peer reviewed journals as well as numerous presentations in regional and national meetings. He is a member of the Society of Thoracic Surgeons and American College of Surgeons.

He is also fluent in Arabic.

Pavri received her undergraduate degree from Johns Hopkins University and went on to earn her medical degree as well as a Master of Business Administration with a concentration in Health Systems Management at Case Western Reserve University, in Cleveland, Ohio. She completed an integrated residency in plastic and reconstructive surgery at Yale New Haven Hospital, in New Haven, Connecticut, serving as chief resident in her final year.

Dr. Pavri has authored several peer-reviewed articles and book chapters in the field of plastic surgery.

“We are very proud of the surgeons who were initiated as Fellows of the American College of Surgeons,” said Dr. Sunil Desai, president of the Orlando Health Medical Group and a senior vice president at Orlando Health. “Their dedication and talent will continue to play a significant role in the quality of surgical care being offered to our patients.”

The American College of Surgeons, comprised of surgeons, was founded in 1913. Its goal is to raise the standards of surgical practice and to improve the quality of care for the surgical patient. The College is dedicated to the ethical and competent practice of surgery.