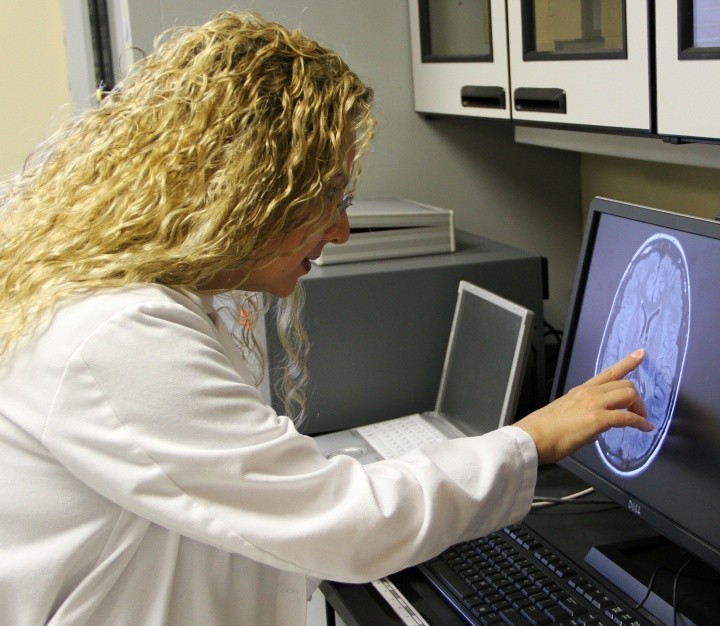 A new research study looks inside the brains of college football athletes to measure levels of traumatic brain injury (TBI) biomarkers by player position. This study, conducted in collaboration with researchers at Orlando Health Orlando Regional Medical Center (ORMC) and Penn State University, and published in the Journal of Neurotrauma, sheds light on which positions are at the greatest risk for elevations in brain injury biomarkers. The biomarkers are proteins and other substances released from the brain after it has been damaged.

“We found the biomarkers were much higher in football players in speed positions such as quarterbacks, wide receivers, defensive backs, running backs, halfbacks, fullbacks, tight ends, defensive backs, safety, and linebackers who  build up momentum prior to tackling or being tackled, compared to non-speed positions like offensive and defensive linemen who engage other players before significant momentum can be generated,” said Linda Papa, MD, lead author of the study and emergency medicine physician and director, Academic Clinical Research, Orlando Health ORMC. “Interestingly, biomarkers increased in all positions over the course of the season despite very few players being diagnosed with a concussion. This suggests that repetitive head impact exposures elevate TBI biomarkers without having a concussion.”

An unexpected finding was that the biomarker elevation patterns in speed (and Profile 1) versus non-speed (and Profile 3) players were not only present at the end of the season but also before the season began. “This was surprising because blood was collected before any practices or football activity,” said Linda Papa. “It may indicate that pre-season biomarker elevations in these players reflect head impact exposures from previous seasons.”

The study, which combines TBI biomarkers in blood with established player classifications systems (based on biomechanical measurements) across pre- and post-seasons, is among the first of its kind.

Future evaluation of a larger sample of players over a longer period of time, could reveal more information and provide greater understanding about the long-term impact of traumatic brain injuries associated with player positions, said Dr. Papa.

Researchers at Orlando Health ORMC were leaders in identifying GFAP and UCH-L1 – the two FDA-approved biomarkers used in blood testing to detect brain injury and have continued to evaluate different aspects of the biomarkers through various studies. Dr. Papa, who has 20 years of experience in traumatic brain injury biomarkers research, has been the lead author of many studies published in various publications including JAMA Network Open, JAMA Neurology, BMJ Paediatrics Open, Academic Emergency Medicine, and Journal of Trauma. Dr. Papa has published more than 200 articles related to traumatic brain injury.