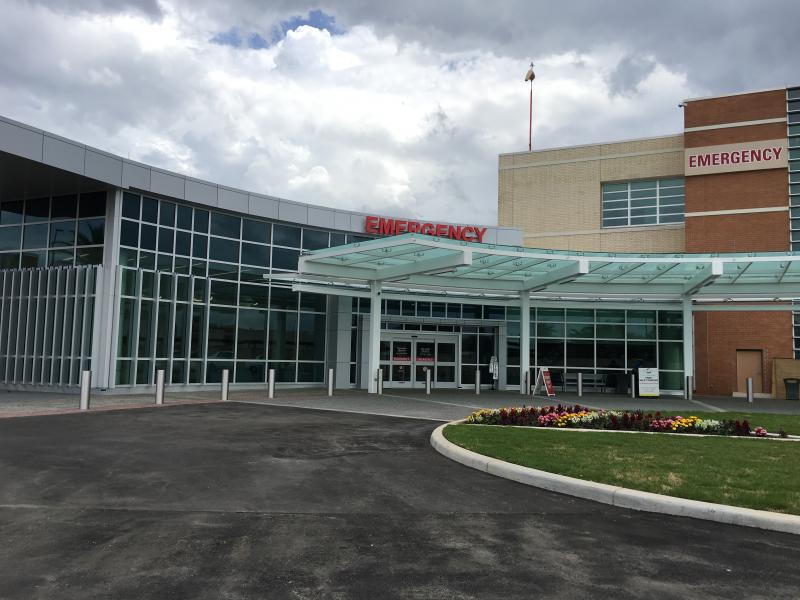 .
Orlando Health South Lake Hospital welcomed its first patients through the newly expanded emergency room entrance this morning. The first phase of the expansion is completed, which includes a new, more easily accessible entrance, a larger family-friendly waiting area and eight additional patient rooms.
.
The second phase of construction also began today, which will renovate existing space in the emergency room so that when completed later this summer, will expand the number of patient rooms in the ER from 29 to 40. An additional shelled space is also being added to allow for future expansion when needed.
.
"This expansion allows us to continue to meet the growing emergency healthcare needs of south Lake County," commented Jeffrey Fitch, MD, Emergency Department Medical Director and Chief of Staff at Orlando Health South Lake Hospital.
.
Emergency room visits at Orlando Health South Lake Hospital have continued to steadily increase over the past decade to well over 50,000 each year. The hospital was founded in 1947 and opened its current facility in 2000. When the new facility was opened in 2000, it had 12 emergency room beds and later expanded in 2006 to 29.
.
"We have seen constant growth in our service area throughout the past two decades and we don't see it slowing down any time soon," said John Moore, Orlando Health South Lake Hospital President. "We are proud to be the leading healthcare provider of emergent care in south Lake County and this latest expansion improves our community's access to care."
.
Additional features of the expansion include a children's area in the waiting room, an expanded rapid treatment unit to allow board-certified emergency physicians to quickly treat minor emergencies, a new triage area and a room dedicated to bariatric patients.
.
The entrance to the emergency department is still located off of Oakley Seaver Drive as it was previously.
.
This project is of three expansion projects currently underway for Orlando Health South Lake Hospital. The hospital is also building two new free-standing emergency departments and medical pavilions in the north and south end of its service area, both of which will open this summer.
Sections: Clinical