The Courage to Trust Medical Care to Patients and Physicians 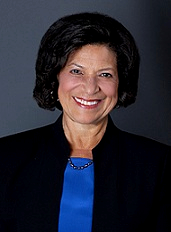 .
By MARILYN M. SINGLETON, MD, JD
.
The days of trusting your legislators to have your best interests at heart are in the rear view mirror. Apparently, their main interest is parroting the buzzwords of the moment to get elected and then being too busy banking lobbying money to listen to the voters. Our legislators have become spectators who wait for the perfect moment to pounce on their political "enemy" and then go on cable news shows to boast about it.
.
The "us against them" attitude, punctuated by hyperbolic, apocalyptic rhetoric closes the door to finding solutions. Our interests would be better served by having town hall meetings where voters could state their concerns, air their differences, and learn what legislators are doing about their issues. Caution: meetings at 9 a.m. on Wednesday when paid activists are guaranteed to outflank the working general public are prohibited.
.
There are strong differences of opinion on how to attain a healthy citizenry. Educating potential patients about what drives up medical care expenditures can start the conversation. Well-informed patients would demand solutions based not on corporate interests or government or political agendas, but on a fair, competitive market that maximizes choices and achieves lower costs.
.
Eight years of the Affordable Care Act have borne out Congressional Budget Office predictions that abandoning basic principles of insurance--which compensates only for events beyond the insured's control and is priced according to the degree of risk--would lead to higher and higher premiums, fewer participating insurers, and unsustainable government expenditures to subsidize insurance premiums. The data in three recent Centers for Medicare and Medicaid reports on ACA exchanges show "individual market erosion and increasing taxpayer liability." The average monthly premium for coverage purchased through the exchanges rose 27 percent in 2018, and federal premium subsidies increased 39 percent from 2017 to 2018.
.
A less frequently discussed cost driver is the disturbing trend of private doctors' offices being scooped up by hospitals, health insurance companies, and venture capital groups. Prices tend to rise when health systems merge, because of decreased competition. And not only do hospitals and health systems generally charge more than private physicians' offices, the government compounds this problem by paying more to hospitals than independent offices for the same service. A review of 2015 Medicare payments showed that Medicare paid $1.6 billion more for basic visits at hospital outpatient clinics than for visits to private offices. Patients are the biggest losers: they paid $400 million more out of pocket and had their tax dollars wasted. The study also found hospital-employed physicians' practice patterns in cardiology, orthopedic, and gastroenterology services led to a 27 percent increase in Medicare costs. This translated to a 21 percent increase in out-of-pocket costs for patients.
.
Similarly, a U.C. Berkeley School of Public Health study of consolidation of California's hospital, physician, and insurance markets from 2010 to 2016 concluded "highly concentrated markets are associated with higher prices for a number of hospital and physician services and Affordable Care Act (ACA) premiums." In consolidated markets (defined by the Federal Trade Commission's Horizontal Merger Guidelines), prices for inpatient procedures were 79 percent higher and outpatient physician prices ranged from 35 percent to 63 percent higher (depending on the physician specialty) than less concentrated markets.
.
Big medicine and third-party financing are taking the cost curve in the wrong direction. This speaks to the urgency of encouraging cash friendly practices that bypass insurance and direct primary care (DPC) practices. With DPC, all primary care services and access to low-priced commonly used medications are included in an affordable upfront price. Importantly, DPC's time-intensive and individualized management of chronic diseases decreases hospital admissions, paring down Medicare's $17 billion spent on avoidable readmissions.
.
Why corporations want to marginalize private practice seems clear; the government's motive is open to debate. Surveys consistently find that patients overwhelmingly want "personalized provider interactions." Thus, herding patients into government-directed programs is not the solution. One core problem with government systems is their reliance on the goodwill of politicians. As President Ford said, "a government big enough to give you everything you want is a government big enough to take everything you have."
.
It's time for Congress to scrutinize anti-competitive health system mergers. It's time to bring to the floor over a dozen bills to expand and improve Health Savings Accounts (HSAs) to give patients more control over all facets of their medical care.
.
Congress, the clock is ticking on this legislative session. Stand up for patients. Or did the dog eat your courage?
.
Dr. Marilyn Singleton is a board-certified anesthesiologist. She is also a Board-of-Directors member and President-elect of the Association of American Physicians and Surgeons (AAPS). She graduated from Stanford and earned her MD at UCSF Medical School. Dr. Singleton completed 2 years of Surgery residency at UCSF, then her Anesthesia residency at Harvard's Beth Israel Hospital. While still working in the operating room, she attended UC Berkeley Law School, focusing on constitutional law and administrative law. She interned at the National Health Law Project and practiced insurance and health law. She teaches classes in the recognition of elder abuse and constitutional law for non-lawyers.
Sections: Clinical