Finding Freedom: The 411 on Gene Therapy for Hemophilia 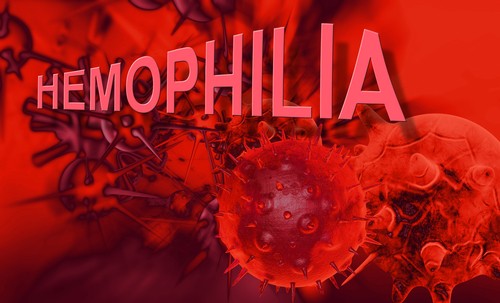 Tommy Maguire loves to travel—for pleasure and for the good of the order. For the past two years, he has journeyed to South America to volunteer with the Columbian Hemophilia Foundation. While seeing the world and helping others is gratifying, he wishes that trekking factor was not part of the itinerary.

His wish may soon be granted.

As part of worldwide trials for gene therapy being administered to those living with Hemophilia, the 22-year-old Clearwater paralegal is joining scores of other hopefuls who are riding the wave of this cutting-edge medical procedure.

“They are very careful not to call it a cure, but at the hospital they are very excited about it,” he says.

And that really comes as no surprise.

Gene therapy has been referred to as a wonder treatment with the ability to tackle a disease by allowing lab-enhanced genes to “tell” genes in the body how to function, and in turn, fend off the disease in question.

Currently gene therapy is being applied to incurable diseases with positive results, Hemophilia being one of them. In the case of Hemophilia, only trials are currently underway and gene therapy is commercially unavailable at this time. Moreover, the therapy is not available within the Pediatric population at this time and not every adult with a bleeding disorder is an eligible candidate.  The selection process is rigorous, even if a patient’s Hemophilia Treatment Center team recommends them for the therapy.

Nonetheless, encouraging outcomes from both Hemophilia A and B ongoing trials do have the medical community enthusiastic about the therapy moving forward.

“Researchers are interested in gene therapy for Hemophilia because it is a disorder that is caused by one gene, making it ideal to target with directed gene therapy,” says Anita Rajasekhar, MD, MS, Associate Professor, University of Florida, Department of Medicine, Division of Hematology/Oncology. “Also, gene therapy is ideal for Hemophilia because patients with severe Hemophilia [<1% factor] may be able to significantly reduce bleeding risk by increasing their factor level by a few percentage points.”

Dr. Rajasekhar says the goal of gene therapy in Hemophilia is to allow the person's own body to make a functional form of the clotting factor they are missing, that being either FVIII or FIX.

How Does it Work?

According to Dr. Rajasekhar, normal factor is packaged in the laboratory into an outer shell of a virus called adeno-associated virus (AAV). The AAV, also known as a vector, contains the normal factor gene and is delivered to the person's liver intravenously as a one-time infusion. The new gene then “tells” the liver cells to create the normal clotting factor that was previously missing.

“Some use the analogy of a car, passenger, and destination,” she says. “The AAV vector is the car and the gene is the passenger. The car (the vector) drives the passenger (the factor VIII or IX gene) to its destination (the liver).”

As relatively new therapy, Dr. Rajasekhar says side effects are being closely monitored. During the actual IV infusion of the gene therapy, patients can experience pain or irritation at the injection site called an infusion-related reaction. Other commonly reported side effects include fever, chills, runny nose, sneezing, cough, fatigue, nausea, muscle pain, feeling light- headed, and generally having signs of an allergic reaction.

“The vector that is used in most clinical trials, the AAV, cannot multiply or cause infection,” she adds. “People who have been treated with gene transfer in many studies have not been shown to ‘infect’ others.”

One of the biggest challenges facing AAV gene delivery is the host immune response, she explains, especially liver toxicity. This destruction of liver cells can lead to the loss of therapy efficiency.  Further, some patients house antibodies for the AAV, which means they are immune to current therapy.

“My hematologist recommended me as a good candidate for gene therapy,” he says.  “I was one of the last patients in the trial in Miami.”

On arrival to the HTC, Jonathan says the product was first defrosted then infused, which took about six hours. That was followed by continuous monitoring for the next day and night. Since close vigilant monitoring is required, clinical trials are only conducted at Hemophilia Treatment Centers or similar locations with expertise in Hemophilia and gene therapy.

Back home, Jonathan’s twice-a-week infusions of factor are now history. Jonathan only has to infuse in the case of an emergency.  He feels great and looks forward to positive results from tests that will be administered for a year. That includes lab work twice a week for three months, then once a month until given the all clear.

Diagnosed with severe Hemophilia A during circumcision, Tommy Maguire will receive his gene therapy at St. Joseph’s Hospital Center for Bleeding and Clotting Disorders. He initially consulted his hematologist about a new drug designed to drop the level of his Hemophilia from severe to mild.

“He said, ‘how about the cure?’ He was talking about gene therapy. But we don’t like to use the word cure. We don’t want to jinx it.”

Tommy says after the initial levels of testing are through, the actual procedure is simple.

“It’s one time and done,” he says about the infusion process.  “It will be exciting not to take factor anymore. I have self-infused since I was six.”

No one can predict a target date if and when gene therapy for Hemophilia will be widely accessible for the bleeding disorders community and how affordable it may be for the masses. But initial findings are cause for hope.

“Since studies are still in clinical trials with relatively short follow-up time, I think it is too soon to say one way or another,” says Dr. Rajasekhar. “But preliminary data is very promising. There have been studies in both Hemophilia A and Hemophilia B that have shown positive clinical results in terms of increased factor activities, decreased bleeding events, decreased need for factor prophylaxis, and improved quality of life.”

Hemophilia B trials began earlier and are farther along than Hemophilia A trials.

Brett Palaschak, diagnosed with severe Hemophilia A when he was three days old, embraced his affliction by making a career out of gene therapy research and production.

At the University of Florida, Brett worked in labs conducting research with mouse models, and today he is employed by a gene therapy drug manufacturer.

Based on his work, Brett believes gene therapy treatments will be widely available to the bleeding disorders community in the next five years, if not sooner, pending FDA approval.

“It is really, really promising,” he says of the advancements being made. “The science is there, it just takes time. The trouble will be how to pay for it.”

Fran Haynes, executive director of the Hemophilia Foundation of Greater Florida, says gene therapy for the bleeding disorders community could be a game changer, but she remains cautious.

“This is an opportunity, not a cure,” she says. “The therapy may last five years, maybe ten years. We don’t know.”

In the meantime, the National Hemophilia Foundation is developing a Gene Therapy Initiative to offer a multi-pronged approach to ensure accurate information, tools and resources are available to everyone from patients to policy makers.

In the future, Dr. Rajasekhar believes gene therapy may also be available to patients with mild or moderate disease or patients with current inhibitors or a history of inhibitors.

“It is an exciting time for Hemophilia since we now have several different types of therapies for Hemophilia patients, not just simply replacing the missing clotting factor they are missing.”

If you are an adult member of the bleeding disorders community and would like to look into gene therapy treatment, talk to your hematologist at your Hemophilia Treatment Center.

Gene therapy trials are currently enrolling patients with severe Hemophilia since these are the patients who would benefit the most. Clinical trials are enrolling only patients without concurrent liver disease. Inhibitor patients are generally excluded in current open trials.