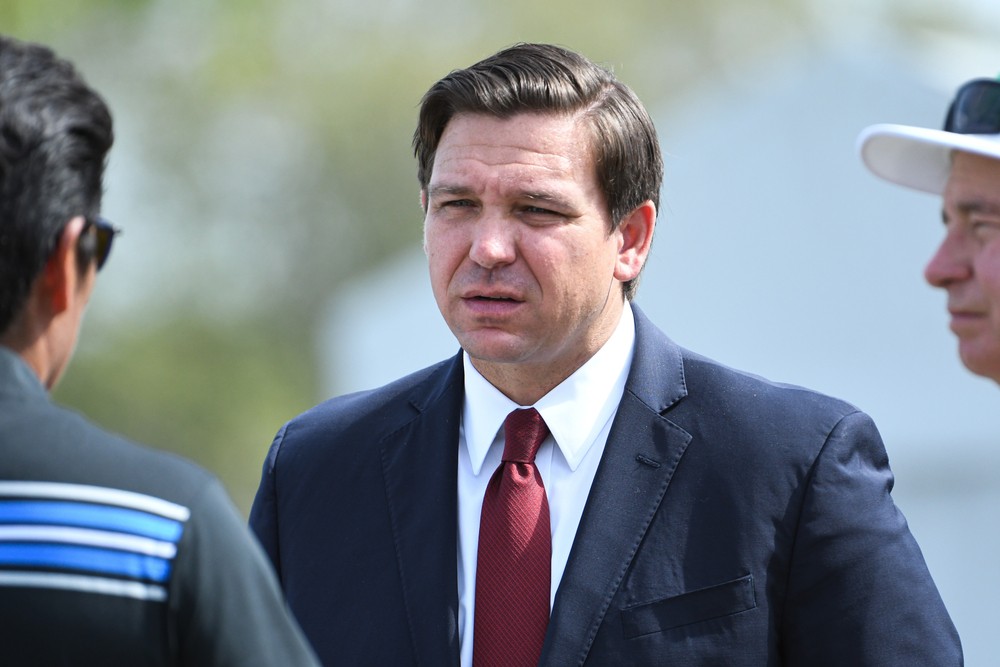 In early April, YouTube took down a video featuring Florida Gov. Ron DeSantis and a group of controversial scientists at a March 18 coronavirus roundtable. The online video platform, owned by Google, cited as its rationale that the video contained false statements about the efficacy of children’s mask-wearing.

The decision has drawn public blowback on social media and from DeSantis himself.

DeSantis held another public roundtable on April 12 (which is currently available on YouTube), along with three of the same scientists who participated in the March 18 session, during which he blasted YouTube for taking down the earlier video, calling the action “censorship.”

He said Google and YouTube have not acted as “repositories of truth and scientific inquiry” throughout the covid pandemic but instead as “enforcers of a narrative.”

And when polled by DeSantis during the second roundtable, the scientists defended the video, saying it should have been left up so that it could contribute to scientific debate. We checked with DeSantis’ office for more information and were referred to an April 12 press release, which summarized the events of the day’s roundtable.

In an emailed statement, a YouTube spokesperson pointed to the platform’s policies on medical misinformation about covid: “We removed this video because it included content that contradicts the consensus of local and global health authorities regarding the efficacy of masks to prevent the spread of COVID-19. We allow videos that otherwise violate our policies to remain on the platform if they contain sufficient educational, documentary, scientific, or artistic context. Our policies apply to everyone, and focus on content regardless of the speaker or channel.”

The video, though no longer on that platform, can still be viewed on The Florida Channel, a website that posts recordings of Florida governmental proceedings.

So who exactly are these scientific panelists and what was said during the roundtable? And have social media companies ramped up efforts to crack down on medical misinformation recently?

Let’s break it down.

Three of the scientists, Gupta, Bhattacharya and Kulldorff, were the primary authors of the Great Barrington Declaration, a contentious document that circulated in October. In it, the scientists argued that lockdowns should end, most people should resume their daily lives and only the most vulnerable should take precautions against covid. The document asserted that members of the public who resumed normal lives would then build up their immunity to covid through exposure to natural infection.

Atlas was part of President Donald Trump’s White House covid team and was reported to have promoted herd immunity views to the former president. After the reports about Atlas, Trump and his press team later walked back the idea that the White House was considering any type of herd immunity strategy to combat the pandemic.

Atlas’ tenure at the White House was also dogged by other controversies, including Twitter removing one of his tweets because it contained false information about face masks, and his urging of Michigan residents to go against Gov. Gretchen Whitmer’s public health recommendations. Atlas stepped down from the White House team in December.

The Panel’s Factual Mistake and Why YouTube Took It Down

During DeSantis’ almost two-hour March 18 covid roundtable, the governor and the scientists discussed a range of topics, including the efficacy of lockdowns and face masks for children.

According to YouTube, the video was removed because it violated the company’s policy on medical misinformation. YouTube says it doesn’t allow content that poses a serious risk of egregious harm, such as videos that contradict the consensus of local and global health authorities regarding the efficacy of masks.

The clips YouTube cited as violating its medical misinformation policy involved specific instances in which DeSantis and the scientists said face masks were not necessary for children — statements the platform said were contrary to recommendations from U.S. public health authorities. Here are the specific clips in the format provided by YouTube:

“We know children of all ages are at risk for being infected with SARS-CoV-2 and are capable of transmitting the virus. This is particularly true of older children, especially middle-school and high-school aged kids,” Josh Michaud, associate director of global health policy at KFF, wrote in an email. “We also know that masking, when employed widely and effectively, helps reduce the risk of transmission of the virus.”

Studies back this up.

The CDC published a study in February showing that different types of masks block cough particles and double-masking is the most effective at doing so. Another experiment from that study showed that a person in a mask emits fewer aerosol particles that can be passed on to an unmasked person. A multitude of reports also show, generally, that mask-wearing is effective at reducing the risk of spreading or catching other respiratory diseases.

Other studies have shown that children carry almost as much coronavirus in their upper-respiratory tract as adults, despite often having no or mild symptoms. And it is possible for children to pass the virus on to adults.

Also, multiple studies of schools that reopened in fall 2020 and had high compliance with mask-wearing have been shown to have low numbers of covid transmission. And the American Academy of Pediatrics said mask-wearing will not make it more difficult for children to breathe, nor will it interfere with a child’s lung development.

DeSantis’ protests regarding the removal of his roundtable from YouTube echo those of Trump, who railed against tech companies and their policies during his presidency.

Trump was eventually de-platformed from other online entities such as Twitter and Facebook, among others, following the Jan. 6 insurrection at the U.S. Capitol. Conservatives have since complained they’re being censored on social media platforms.

After the YouTube video removal, DeSantis used the opportunity to promote censorship bills that are moving through his state’s legislature and would prevent social media companies from blocking politicians from their platforms in Florida. (State attempts to regulate social media companies will face constitutional hurdles, including First Amendment protections, the Tampa Bay Times reported.)

Social media platforms including YouTube, Facebook, Instagram and Twitter have introduced covid misinformation policies since the pandemic started, and even updated those policies in the past couple of months to take a harder line in removing posts and notifying users. However, the companies state that they aren’t targeting certain users when removing content, but rather anyone who spreads misinformation.