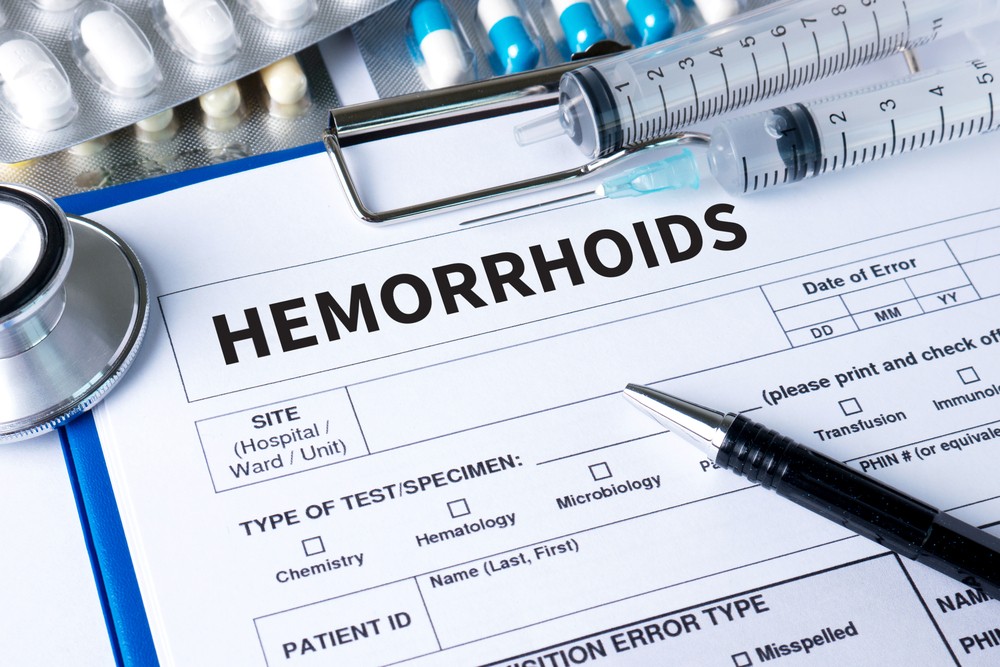 Bleeding can occur anywhere in the gastrointestinal (GI) tract and may result from a myriad of issues – ulcers, fissures, diverticula, ischemia, inflammation, infections, and neoplasia (to name a few). To further broaden the non-specificity of this issue, loss of blood can be thought of as being on a spectrum: occurring once and occultly to being chronic and frankly conspicuous. A final characteristic that patients will describe is the color, as this blood may be anywhere from pink to black – with darker colors being more suggestive of lesions higher up in the GI tract.

Medical attention is often sought out by those who notice blood in their stool, on their toilet paper, in the toilet bowl, or who find evidence of blood in their undergarments. Common causes of this bleeding are secondary to anorectal conditions such as fissures with the most common being hemorrhoids. Though these disorders are the most frequent, other issues and cancers of the GI tract must always be considered and ruled out. Any bleeding that lacks a clear explanation of cause in the first exam needs a colonoscopy, regardless of age.

Hemorrhoids affect an estimated 10 million individuals in the U.S., annually (approximately 40 percent of those being asymptomatic), with half of all U.S. adults over the age of 50 having, at some time in their life, experienced the ill-effects of hemorrhoids. There are many therapeutic modalities available of hemorrhoids depending on the type, grade, and associated symptoms. For most, the initial treatment is conservative local management (creams, suppositories) and correcting underlying issues such as constipation or diarrhea by increasing dietary fiber. If these efforts are ineffective or are not indicated, common office-based surgical procedures such as rubber band ligation may be performed, with the main treatment for symptomatic hemorrhoids being one of the many variations of hemorrhoidectomy. However, some of these procedures can be quite painful to the patient with protracted recovery periods, lasting several weeks to months in duration.

The new and innovative procedure of Transanal Hemorrhoidal Dearterialization (THD) is an alternative method for internal hemorrhoids grades II or III (hemorrhoids that bleed and prolapse, either reducing spontaneously or manually, respectively) that have been refractory and unresponsive to conservative or topical treatment options. THD is a minimally invasive modality that preserves the anorectal anatomy, whose outcomes attenuate the pain and discomfort experienced, and curtail the recovery period. Able to be performed under either general or locoregional anesthesia, THD is known as an incision-less or excision-less procedure that uses highly sensitive ultrasound doppler imaging to identify and target the problematic hemorrhoidal vessels where blood flow is at its greatest – a relatively uncomplicated and effective method as branches of the hemorrhoidal arteries become more superficial, approaching the level of the submucosa, in the distal rectum. Once this area is located, the colorectal surgeon ligates the vessel via suturing techniques – thereby precisely restricting blood flow, reducing the hemorrhoid – while also simultaneously performing a mucopexy to restore any prolapsed mucosa to its original position.

Because THD is a minimally invasive procedure, with tissue disruption restricted only to the anorectal mucosa and submucosa, postoperative complications are limited in both number and severity – the primary complications being tenesmus, along with minor pain and discomfort. Typically lasting anywhere from a few hours to days, these symptoms are caused by inflammation and ischemia associated with the plication or repositioning of the tissue at the site of dearterialization and are not related the ligated hemorrhoidal cushion. In most cases, these symptoms are resolved within 10-14 postoperative days. If symptom relief for pain is requested, non-steroidal anti-inflammatories and/or analgesics will typically suffice. Another common symptom experienced by the patients that undergo THD with mucopexy may be discharge from the surgical site, which can be bloody or have mucous but will also typically dissipate after a few days.

As stated before, the real benefit to this procedure over the alternative methods described is the drastic reduction of postoperative pain. Patients report a significant decrease in bleeding and pain, which is a relief for those who sought out surgical therapy primarily due to these symptoms. Though this modality has an increased rate of recurrence when compared to standard hemorrhoidectomy (15-20 percent versus 14 percent, respectively), Transanal Hemorrhoidal Dearterialization can be performed repeatedly for recurrent hemorrhoids.

Another advantage to performing a THD over the other surgical options is that there is evidence supporting THD on patients who are concurrently on oral anticoagulation therapy, without the need of preoperative cessation. Because this procedure is minimally invasive and does not require any incisions, the risk of considerable bleeding is reduced. This is a benefit to the patients because removing a patient off their anticoagulation therapy increases the risk of thromboembolic or cardiac events. The fact that THD is a surgical option while being able to maintain a patient’s oral anticoagulation, avoiding these increased risks, is a preference for the patients and surgeons, alike.

Transanal Hemorrhoidal Dearterialization is a safe and effective technique for many suffering patients, bringing an easier alternative to correct this common condition.

Sergio Larach, MD, FASCRS, FACS is a colorectal surgeon at the Digestive and Liver Center of Florida. He is devoted to his work allowing him to become a pioneer in performing laparoscopic surgical procedures and co-creator of the TAMIS procedure. Besides taking in patients at DLCFL, he also dedicates his time to educating colorectal surgeons, and future doctors as a Clinical Assistant Professor at University of Central Florida and Florida State University.

Grant Wojdyla is an MD Candidate at the University of Central Florida. 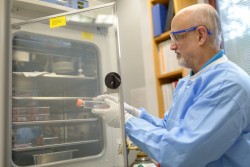 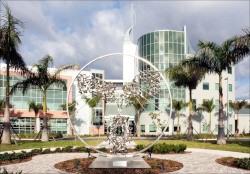