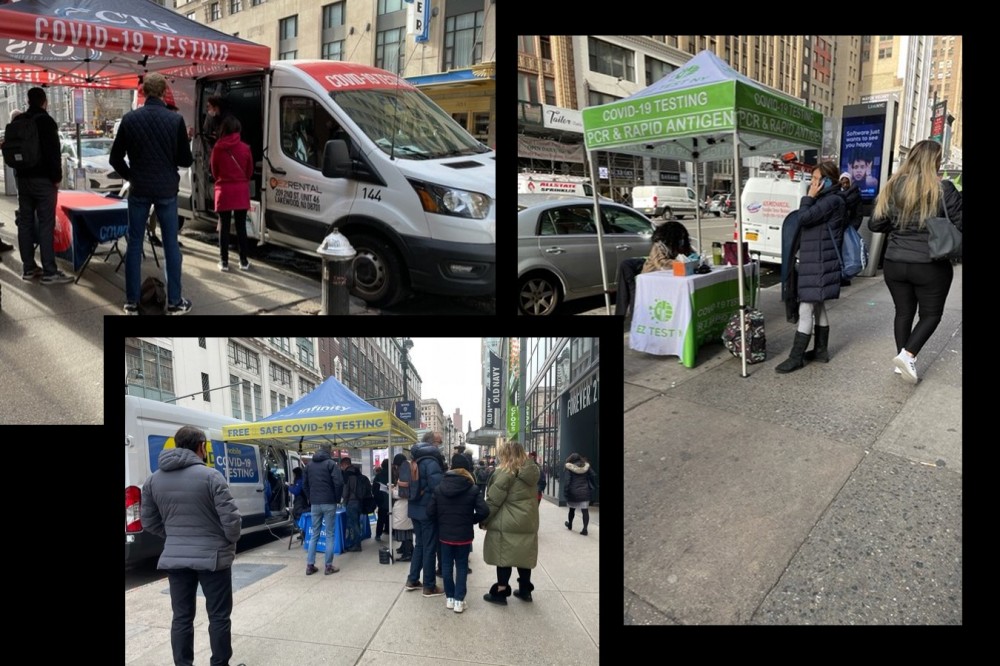 NEW YORK — In recent months, mobile covid-19 testing tents and vans have sprouted on urban sidewalks and street curbs as demand has skyrocketed in response to the rapid spread of the omicron variant.

Some of the sites run by private companies offer legitimate, timely and reliable results, but others are more like weeds.

High demand and scarce supply opened the door to bad actors, and officials in some states are having a hard time keeping up their oversight amid the proliferation. And they are sounding the alarm that by visiting the pop-up industry’s sometimes makeshift tents, desperate patients could be putting their health, wallets and personal data at risk.

“These conditions change so rapidly,” said Gigi Gronvall, a senior scholar at the Johns Hopkins Center for Health Security who leads the COVID-19 Testing Toolkit, which provides guidance to employers and others. “It’s not a surprise that these conditions were totally ripe for consumers to be gouged and to get fraudulent tests.”

Consumers seeking testing — either a rapid antigen test that provides results in under an hour or a polymerase chain reaction, or PCR, test that generally takes longer but is more accurate — may think all testing sites are created equal, but they’re not. Unfortunately, telling the good from the bad is not always easy.

Consumers at testing sites in the Chicago area have encountered employees who aren’t wearing masks or gloves or have been asked to provide a Social Security or credit card number before a test is provided, said Dr. Eve Bloomgarden, who co-founded Illinois Medical Professionals Action Collaborative Team, an advocacy group.

Fake testing sites put consumers at risk for identity theft, inaccurate or missing test results, and financial losses if they’re charged for the tests, which are typically free to consumers.

“I don’t think we can put this on the public to know” which sites are legitimate, Bloomgarden said. “Guidance needs to be coming from the state and regulated at the public health level.”

Melaney Arnold, a spokesperson for the Illinois Department of Public Health, said state officials “are aware of complaints for various testing locations across the state” and are investigating. She said consumers should contact Attorney General Kwame Raoul’s office if they are concerned about fraud or criminal activity at testing sites.

In Philadelphia, workers at a sidewalk covid testing tent falsely claimed to be working with the Federal Emergency Management Agency, said James Garrow, communications director for the Philadelphia Department of Public Health, in an emailed response to questions. But FEMA told the department it wasn’t funding any testing centers in the city at the time.

It’s hard to walk down a street in some parts of Manhattan without running into at least one or two of the pop-up sites. Leading up to the holidays, people stood in long lines in the cold waiting to be swabbed. Some vans and tents are clearly marked with company names, while others are operating out of what appear to be rental vans.

The sites were also ubiquitous in Los Angeles. In some places, testing sites run by the same company were clustered within easy walking distance of one another. In the pre-holiday rush, the operator at a Crestview Clinical Laboratory site on Wilshire Boulevard, who wouldn’t give her name to a reporter, said she also provided a VIP service from another testing company for people willing to pay extra for rapid PCR tests.

Public health experts say they hope that concerns about a mobile test site’s legitimacy won’t deter people from getting tested.

Testing outdoors has advantages, too.

“If I had the choice between two options while there was a surge happening, one being completely outdoors and one indoors, I would choose the outdoor testing site,” said Denis Nash, a professor of epidemiology at the City University of New York. “And I would choose affordable home testing over both of those.”

In general, more testing is better than less.

“I tend not to care why people are testing,” Nash said. “If they are doing it to be safer at a party, great. But I do care if access is inequitable.”

Some testing operators are more prominent in neighborhoods where large shares of residents likely have health insurance rather than those where people are more likely to be without. For example, a map of testing locations for LabQ, a company that offers mobile covid testing in the New York City area, shows dozens of spots in Manhattan but only a handful in the Bronx.

One weak spot in the system is that although city and state health departments keep close regulatory tabs on the labs that process covid tests, they typically don’t regulate the site operators that administer the tests.

In Philadelphia, Garrow said, the only licensing requirement for covid testing sites is that the lab they use have a license from the state health department showing that it meets federal standards under the law known as Clinical Laboratory Improvement Amendments. CLIA sets lab testing standards for accuracy, reliability and timeliness.

In Maryland, covid testing sites must have a CLIA “waiver” from the federal government allowing them to perform the tests, said Andy Owen, deputy media relations director for the Maryland Department of Health.

In general, labs in the U.S. must have CLIA licenses, and requiring waivers for point-of-care testing is also standard.

In December 2020, Maryland Attorney General Brian Frosh issued a news release warning consumers about unauthorized covid testing operations that could collect people’s personal identifying information and use it to steal their identity.

Since then, the department hasn’t received any complaints about pop-up testing sites, according to Aleithea Warmack, deputy director of communications in the consumer protection division of the attorney general’s office.

In general, a test site operator seeking payment from a health plan for administering a covid test must have a national provider identifier, which comes from the federal Centers for Medicare & Medicaid Services, said Kristine Grow, a spokesperson for AHIP, a trade group for health plans.

Although test operators routinely ask consumers for health insurance information, asking for credit card numbers is not routine. Individual consumers typically don’t have to pay out-of-pocket for a covid test because it is covered by insurance or by the federal government for people who are uninsured. However, some people are charged if the test isn’t ordered by their doctor, is a rush service or is performed by an out-of-network provider, where “we do continue to see price gouging through the course of the public health emergency,” Grow said.

Some independent test site operators are “highly qualified,” said Scott Becker, CEO of the Association of Public Health Laboratories. Becker went to a drive-through testing site in his neighborhood in Montgomery County, Maryland. The test operator told him which lab they used, and he received results with the name of the lab on them.

“They’re not all bad,” Becker said. “It’s just hard for Joe Consumer to figure it out.”

As demand for covid testing grows, even legitimate test operators may not meet their commitments.

Theo Servedio stood in line with a handful of other people at the sliding door of a LabQ mobile testing van near Columbia University in New York in December. The 19-year-old sophomore planned to attend a fraternity party, but with the uptick in covid cases, he wanted to get tested first. A sign at the registration table promised a 24-hour turnaround on its PCR tests.

“They’re both free, but turnaround for testing at the school has been 48 to 72 hours in the past,” Servedio said.

He got his results in 24 hours. But others weren’t so lucky. According to a warning letter sent to LabQ in December by New York Attorney General Letitia James, some consumers had waited more than 96 hours for their covid test results despite the company’s promise of a 48-hour turnaround. LabQ was one of several covid test companies that received the warnings in late December and early January. 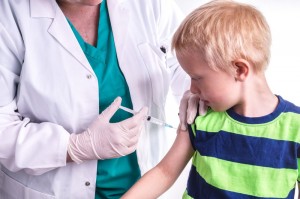 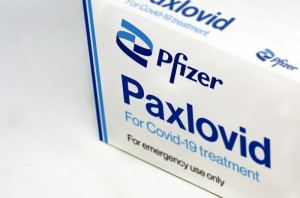 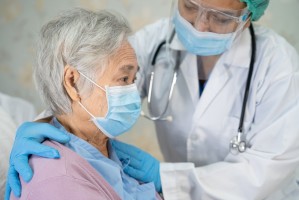 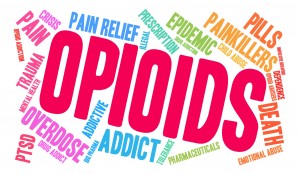 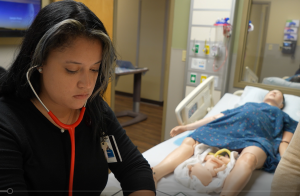