Teenagers tend to eat like termites, chewing constantly and devouring large quantities. Anything edible within their reach usually disappears in short order, while the insatiable hunger remains.

This was the case with 16-year-old Djems Narcisse, a student and basketball player at West Orange High School in Winter Garden. In November, the young point guard complained to his parents of experiencing trouble swallowing food. They did what most parents would do in a similar situation: they told him to stop eating so fast.

“I said, ‘Slow down and chew your food,” said Jennifer Narcisse, his mom, a teacher at Ocoee Elementary. “But the complaints kept coming and after a few weeks he told me he was afraid to eat and should probably see a doctor, so we did.”

The first visit to a doctor didn’t find anything unusual, but just a few days later with the swallowing issues continuing and her son rapidly losing weight, mom took Djems to the Emergency Department at AdventHealth Celebration.

“My son wasn’t eating anymore, even during Thanksgiving, because he thought he would choke,” she said. “He was losing weight and the strength he needs, especially when playing sports. We had to find out what was going on.”

Djems has a rare condition called achalasia that led to difficulty swallowing and the nagging feeling and fear of choking. He was diagnosed at AdventHealth and scheduled for a peroral endoscopic myotomy (POEM) procedure with Dr. Dennis Yang, director of third space endoscopy at the AdventHealth Center for Interventional Endoscopy.

POEM is an innovative, minimally invasive endoscopic technique for the treatment of achalasia. This technique offers an alternative to conventional surgery. With POEM, Yang was able to cut the muscle at the lower esophagus sphincter, allowing for food to flow properly to the stomach, and eliminating the feeling of choking.

“The POEM procedure was successful,” said Yang. “I just saw the patient last week for a check-up, and he is eating regularly again, regaining weight and strength.”

Jennifer says her son lost between 20-25 lbs. within a three-week period leading up to the surgery. He’s regained 10 lbs. following the procedure, and seems much healthier and happier.

“My son was scared, but wanted a solution,” she said. “He wanted to be able to eat again, to have the strength to play sports again. Taking food away from a teenager is one of the worst things you can do.”

Jennifer offers advice to other parents who may hear odd health complaints from their children.

“Listen to your kids: They know when something is wrong with their body,” she said. “I’m glad we caught this when we did and I’m thankful that this procedure exists close to home so Djems can recover quickly and live a happy, hungry life again.”

Articles in this series

Jacqulyn Kemper: ‘They call me a medical miracle’

What is Third Space Endoscopy? 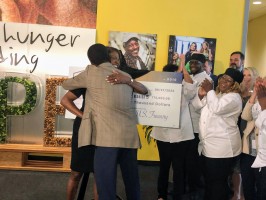 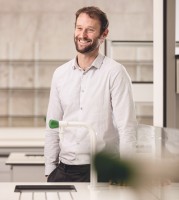