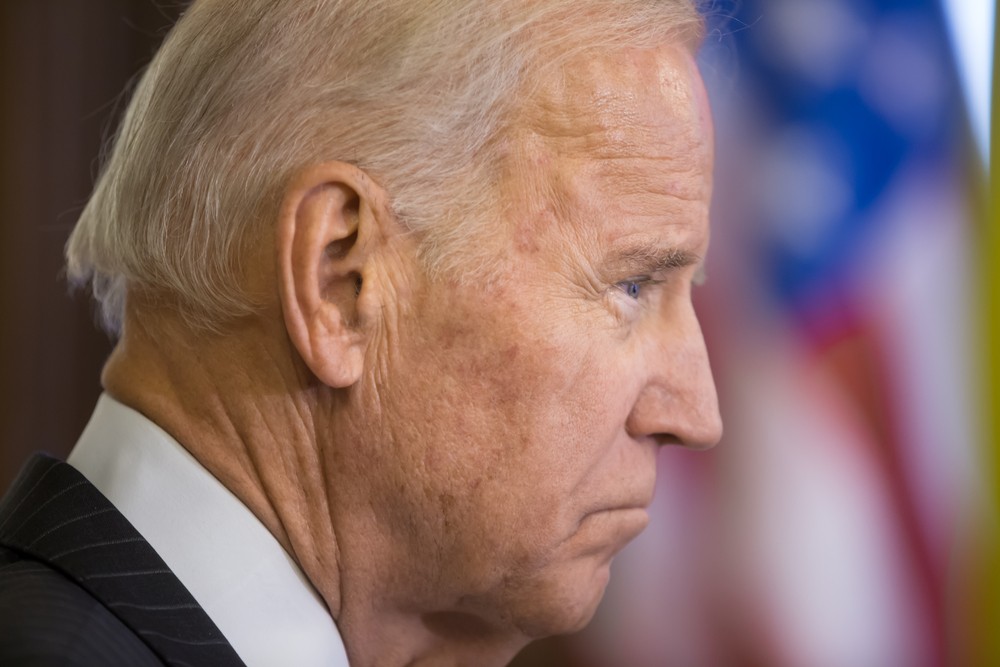 On the campaign trail last year, Joe Biden promised that, if elected president, he would get covid-19 under control. Since assuming office in January, Biden has continued to pledge that his administration would do its best to get Americans vaccinated against covid and allow life to return to some semblance of normal.

Both signs of progress and setbacks have cropped up along the way.

Initially, as covid vaccines became available early this year, demand exceeded supply, frustrating many. Eventually, all those who wanted to were able to become fully vaccinated.

In May and June, new covid cases, hospitalizations and deaths dramatically fell, prompting the Biden administration to ease mask requirements and guidance for fully vaccinated people. But many states and localities responded by dropping mask mandates altogether, even for people who were not inoculated.

The summer also ushered in the highly contagious delta variant, causing another pandemic wave. By Labor Day, daily cases in the U.S. were at their highest point since last winter. Deaths, too, were rising.

On Sept. 9, Biden announced a six-part plan to combat the delta variant and step up efforts to get control of covid. The plan includes vaccine mandates for federal workers, government contractors and those working at private companies with 100 or more employees; requirements that employers offer paid time off for those getting a shot; increased distribution and lower costs for covid tests, including rapid at-home tests; and stronger covid safety protocols in schools and on interstate transportation.

The vaccine mandate for private employers includes an option for workers to be tested weekly instead of getting the shot. Federal workers won’t have that option.

KHN teamed up with our partners at PolitiFact to analyze Biden’s promises during the 2020 presidential campaign. We asked the experts for their take on whether this list of action items will help make this promise — to beat the virus — a reality.

Limitations and Benefits of Biden’s Plan

While the plan is a “big step in the right direction,” according to Dr. Leana Wen, a visiting professor of health policy and management at George Washington University, it should have been released two months ago. That would have slowed the delta variant from gaining such a strong foothold in the U.S.

“Had they acted much earlier, we would be in a different position,” she said.

And the current plan doesn’t go far enough, said Wen, who urged the Biden administration to give companies and jurisdictions incentives to require proof of vaccination for entry into restaurants and other businesses, as New York City and San Francisco did.

Dr. Marcus Plescia, chief medical officer at the Association of State and Territorial Health Officials, is optimistic that Biden’s plan will move the needle, “but it’s hard to know how much.”

The vaccination mandates for employers, for example, will definitely be helpful in states where similar measures, such as requirements that state workers get vaccinated or test regularly, have already started, he said. It “will reinforce what the state is trying to do.”

But it’s less clear what will happen in states with strong political opposition to mandates. “There will be partisan disagreement on this,” Plescia predicted.

Biden’s proposal has elicited broad opposition from many Republican governors, with some pledging to fight it. Others issued more tempered statements. Ohio Gov. Mike DeWine, a Republican, told a Cincinnati radio station the plan may hamper efforts to educate people on the importance of vaccines, because “we’re going to now be talking about a federal mandate, which no one likes, instead of talking about ‘Look, here’s the science.’”

But Plescia is pleased the vaccination mandate broadly extends the requirement for health care workers to get vaccinated. It now goes beyond an earlier announcement affecting only nursing home workers to include staffers at nearly all health facilities that receive federal funding, such as Medicare or Medicaid.

With the president’s new move, “this levels the playing field,” Plescia said. The same goes for other industries.

And the mandate might prove less objectionable for some unvaccinated adults, said Dr. Georges Benjamin, executive director of the American Public Health Association, because the employer becomes the enforcer.

“The person telling them what to do is their boss at their job,” he said. “That’s a different leverage point than the government.”

However, Jen Kates, director of global health and HIV policy at KFF, said the testing option for companies with 100 or more workers could slow any positive impact of the vaccine push.

It will also take time to see how the mandates and requirements are implemented. Possible legal challenges could delay results, as could the regulatory steps involved in the enforcement of the employer vaccination requirement, which will rely on the Occupational Safety and Health Administration for enforcement.

The goal to get more testing kits to health centers and to make home test kits available through major retailers for a lower price could also be helpful, Plescia said.

Benjamin gives Biden a “healthy B-plus” on progress in getting covid under control, citing the more than 200 million Americans who have had at least one shot, even as he acknowledges that, “as a nation, we haven’t achieved critical vaccination levels in enough of the country.” Currently, 63% of the U.S. population age 12 and over is fully vaccinated.

But, in many pockets of the country, not even half the population is vaccinated, far short of the levels many public health experts believe necessary to tamp down the virus.

“It’s pretty clear the carrot has not worked,” said Benjamin, referring to the carrot-and-stick metaphor. “We have enormous forces pushing back, both the usual anti-vaccine community plus the politicization at the most senior levels.”

Disparities remain in vaccination rates among people of color compared with that of white people, though the gap has been shrinking recently. Still, the share of doses Black and Hispanic people have received is disproportionately smaller than their share of covid cases in most states.

Continuing to reach out to these populations will be an important tool to boost the vaccination rate across the U.S. — and to slow the delta variant surge.

When Will We (If Ever) Get Covid Under Control?

Despite all this, Dr. William Schaffner, a professor of medicine in the Division of Infectious Diseases at Vanderbilt University in Nashville, Tennessee, is hopeful.

If things move forward expeditiously, “by sometime this winter we could have covid under control,” he said. By that, he does not mean the virus will be vanquished. Instead, Schaffner said, “we would be on the same track as before delta, entering a new normal.”

Kates envisions covid becoming manageable if the U.S. can achieve a much higher rate of vaccination coverage. But she also thinks it’s likely the virus will continue to circulate and covid will become an endemic disease.

“The likelihood of it not being an issue is diminishing since vaccine coverage is so poor in other countries. Containing covid depends on what we do globally, too,” said Kates. “The likely scenario of the U.S. is we’ll be living with it for a while and containment will be dependent on vaccination rates.” We continue to rate this promise In the Works.